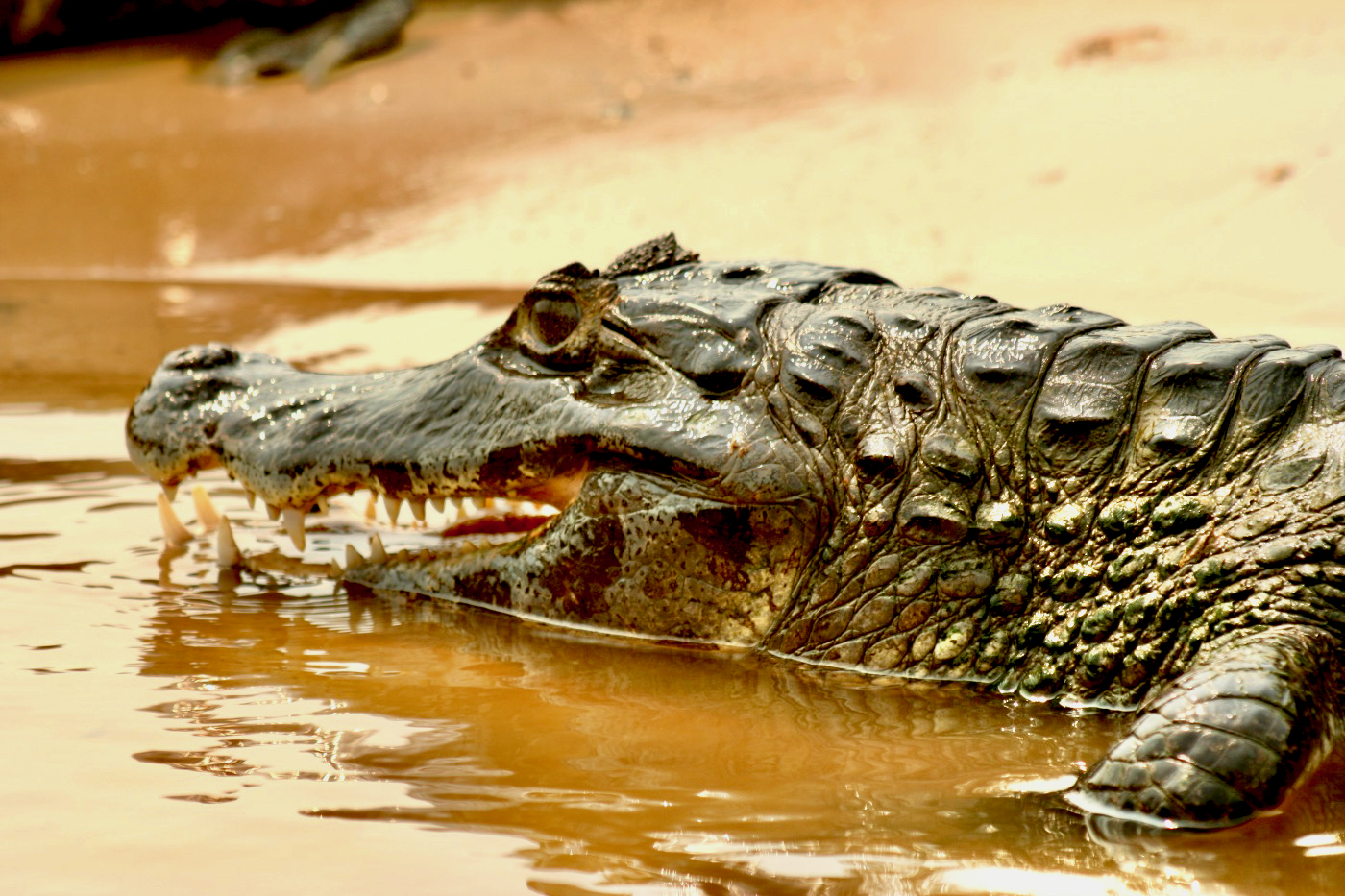 We have now arrived in Brazil (hoping to make our way to the Pantanal area) after taking the death train from Bolivia. Why the death train, well our guess is it jumps so much we were lucky it stayed on the tracks!

Anyway, we made it to the border and could have smuggled anything across from Bolivia into Brazil. I suspect given Santa Cruz (Bolivia’s capital) is nicknamed the cocaine capital there’s a lot of black money, so they seem to be very relaxed about the border crossing.

We spent a couple of days hanging out in Santa Cruz. From here, we’re venturing into the Pantanal area of Brazil.

A Bus Ride to Pantanal, Brazil

The Pantanal Area, Brazil is South America’s biggest biodiversity star and boasts the highest concentration of wildlife on the continent, beating the Amazon rain forest hands down.

So, after some research we decided the bus was the most economical way to get there. Not the most comfortable trip, 40 hours later we arrive.

On arrival, we notice a big lodge located on the river and a group of people chatting away with accents from all over the world. 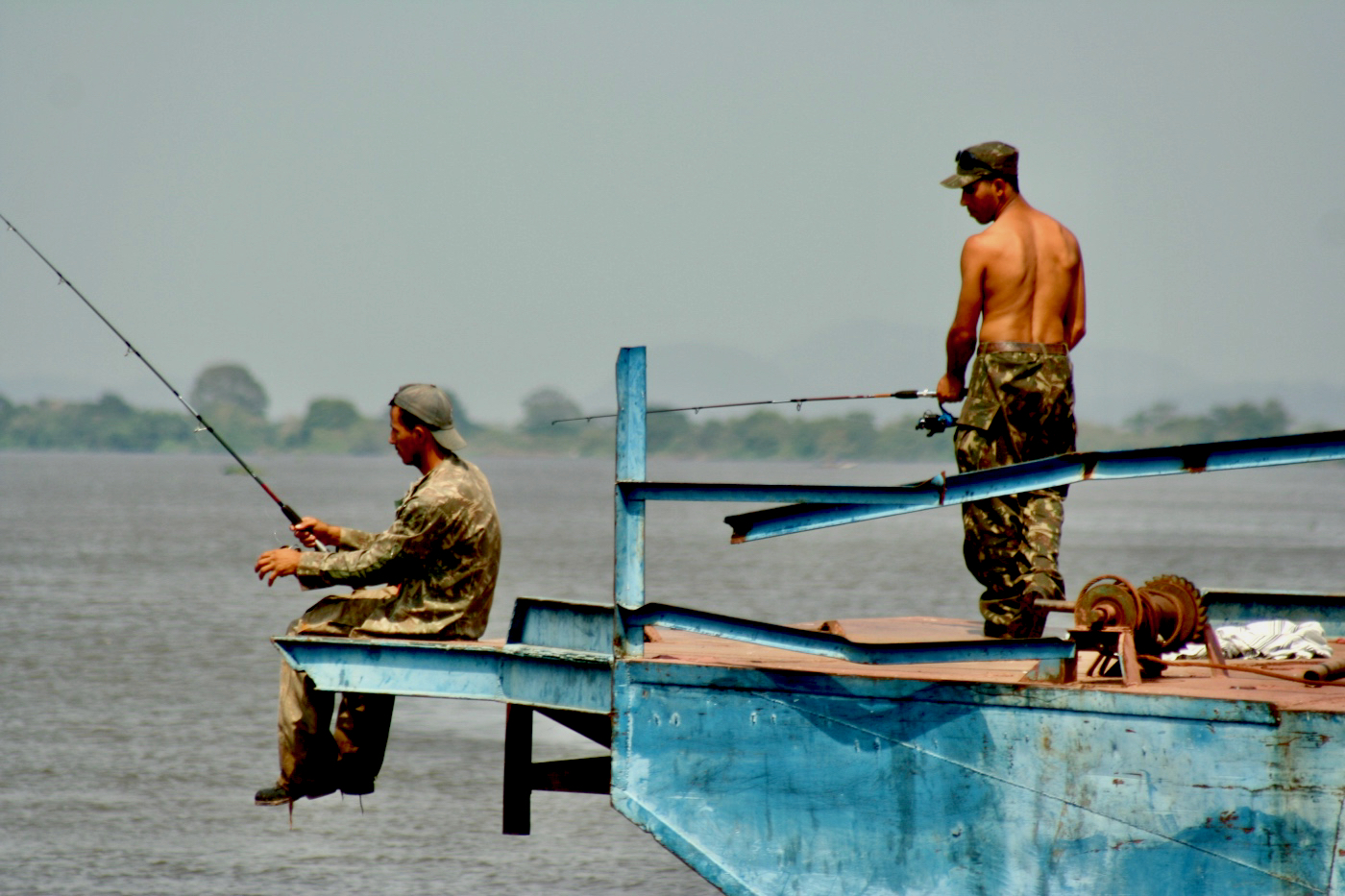 Excited for our new adventure we dropped our backpacks in our lodge room and ventured out to meet everyone.

There were Germans, Swiss, Norwegians, Dutch and more, all adventurous types looking to spot some wildlife. We noticed the 2 Norwegians with their bird book and binoculars in hand looking to spot exotic bird species and cross them off their list.

The Birds of Pantanal Brazil

At dusk the daily commute of birds flies over – a chirping carnival of colour as hundreds of bird’s flutter past. There are red and blue macaws, green parrots, ibis gliding in V-formations, as well as toucans and many other beautiful species. A spectacular sight. Apparently, there are 652 bird species in the Pantanal area.

We decided to play a joke on the Norwegian bird watchers. So, we took a sneak peek at their bird book and list and said look there’s a ‘Cotingas’ bird. Cracking up as we walked off in search of dinner as the bird watchers spent the next hour looking for the bird. 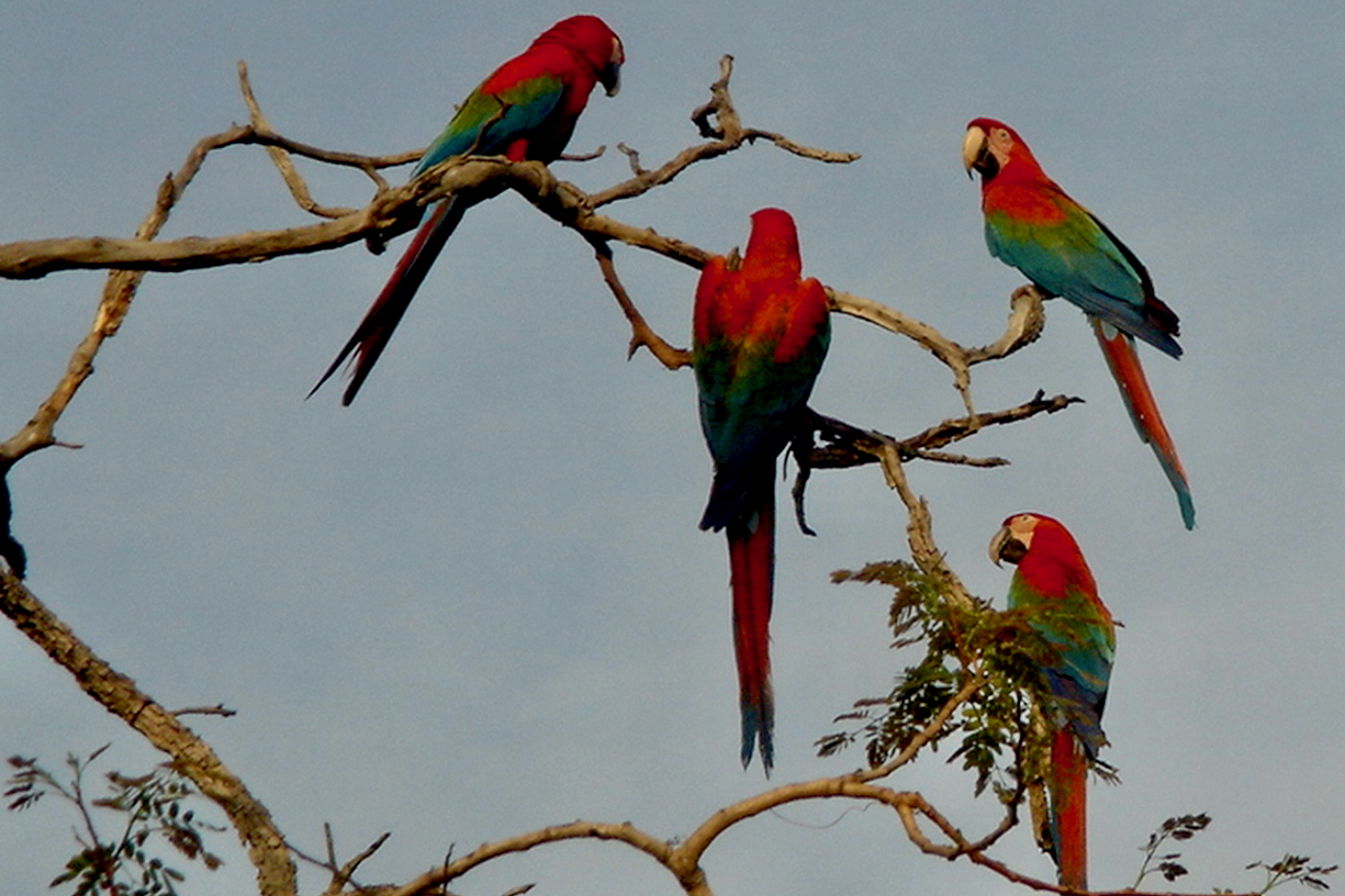 It was late evening, so time to have dinner with our newly found friends. Then off to bed as it was an early start to ensure we saw as much wildlife as possible the next day.

Up early, breakfast and then into our long wooden narrow canoes, with our guide upfront holding a bamboo pole. It was quite nerve racking at times with 8 people seated in our narrow and wobbly boat with Caiman (related to the alligator family) snapping away in the waters around us. Apparently, they’re not interested in us human types, but we weren’t willing to test this!

The Highest Concentration of Wildlife

We’ve seen so much amazing wildlife from snapping caiman, a rare jaguar, capybara (like guinea pigs with hairy flat noses, 60 kilos in size – huge). A massive python to travelling anteaters with babies on their backs, about 150 species of colourful birds including toucans and much more.

The waters are full of piranhas, so we went fishing. I now hold the record for catching a piranha in 3 seconds. We caught so many we fed them to the caiman from our canoe which was a little scary as they snapped them up with their huge jaws and razor-sharp teeth 2 feet from our little canoe. 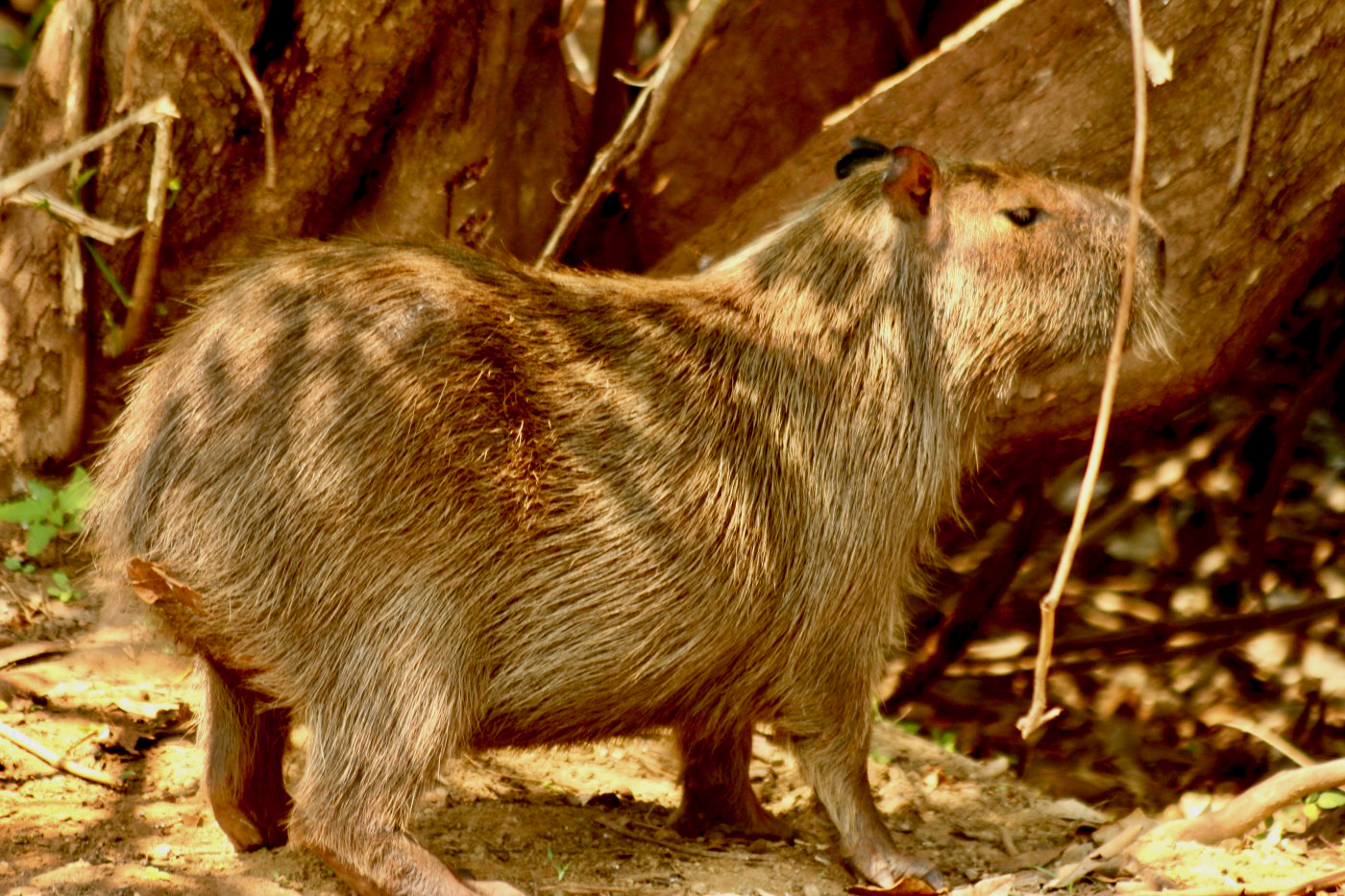 The remaining piranhas were cooked up for dinner Brazilian style and with loads of fresh salads – what a delicious meal.

There is also a western influence here with cowboy looking men in their big hats and horse-riding gear, straight out of a western movie. It’s our last day and we’ve all decided to go for a horse ride across the plains behind the river. 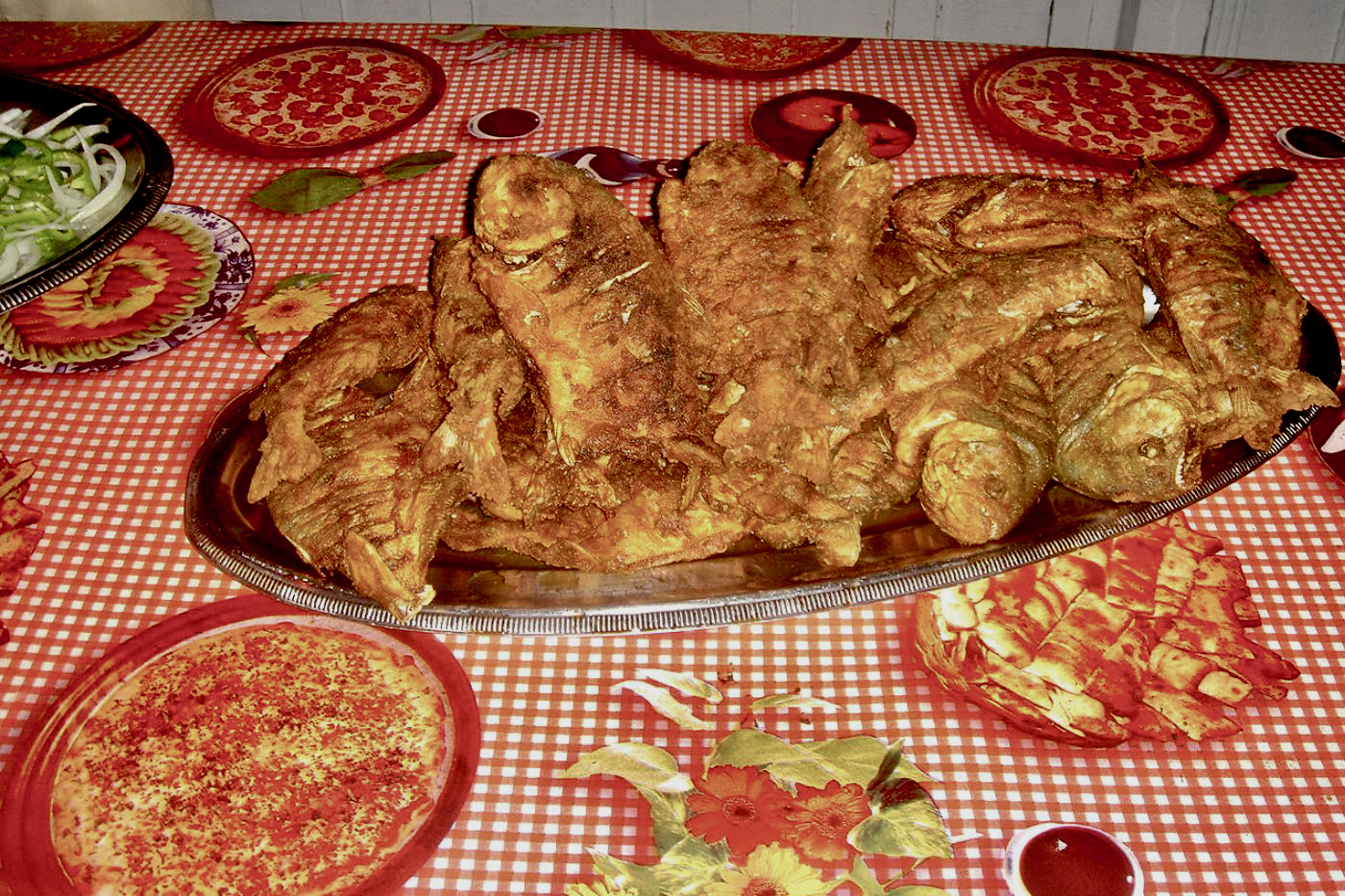 It was fun, I was cantering along nicely and then my back pops out – ouch! It was a long walk back to our lodge and a few pain killers later washed down with a ‘Brahma Chopp’ Brazillian local beer, buzzing my pain soon subsided.

We’ve spent 3 days hanging out on the Pantanal area of Brazil with some German, Swiss and English couples which has been such an adventure. 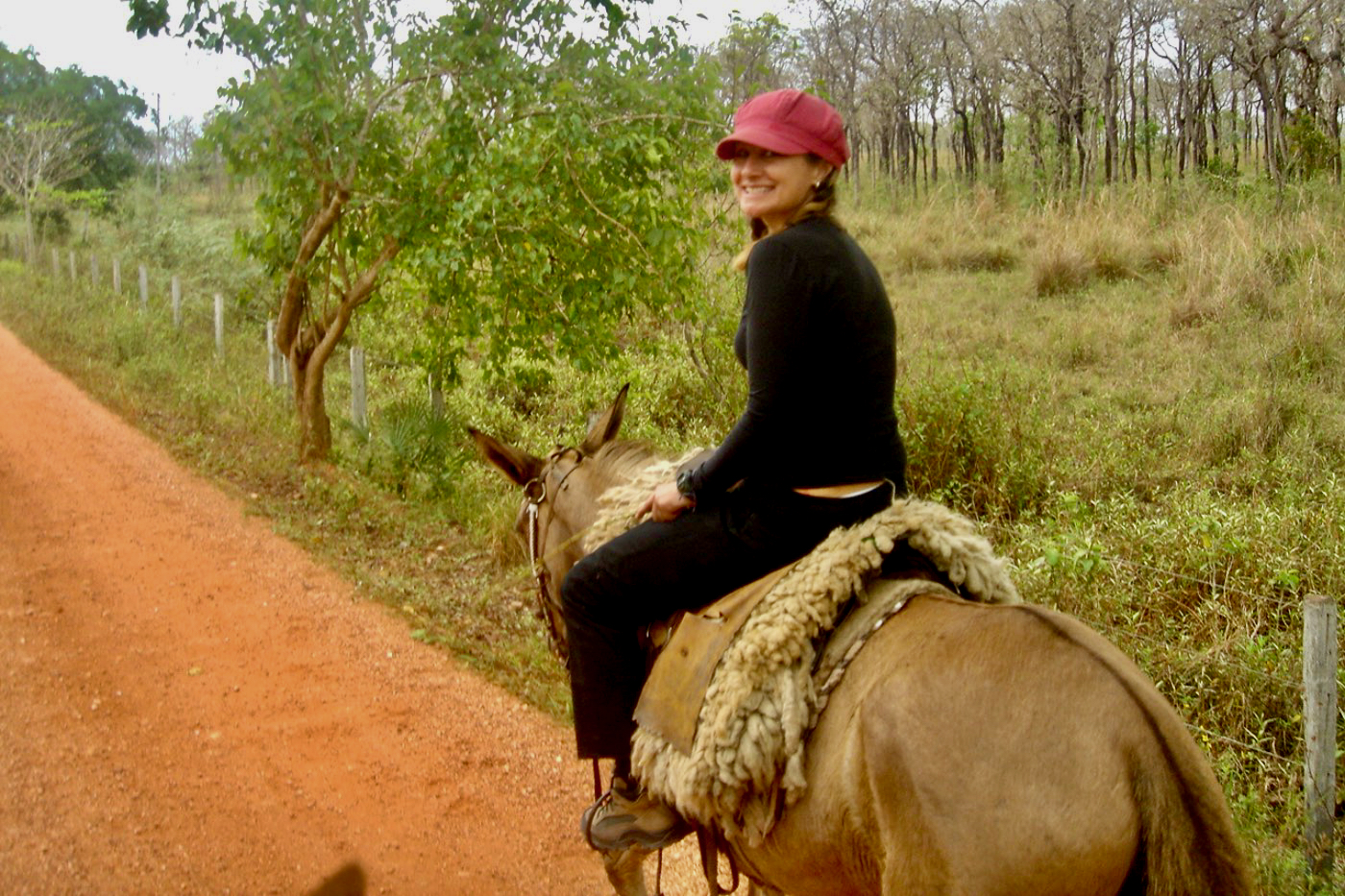 We have all now ended up in Rio together for some beach and bars, a change of pace. We’ve been hanging out at the famous Copacabana and Ipanema beaches and checking out the nightlife.

Friday night went to Lapa which is a crazy street party with bars and clubs all around. Rio, located on the water, is a really beautiful city and as you can imagine lots to do. 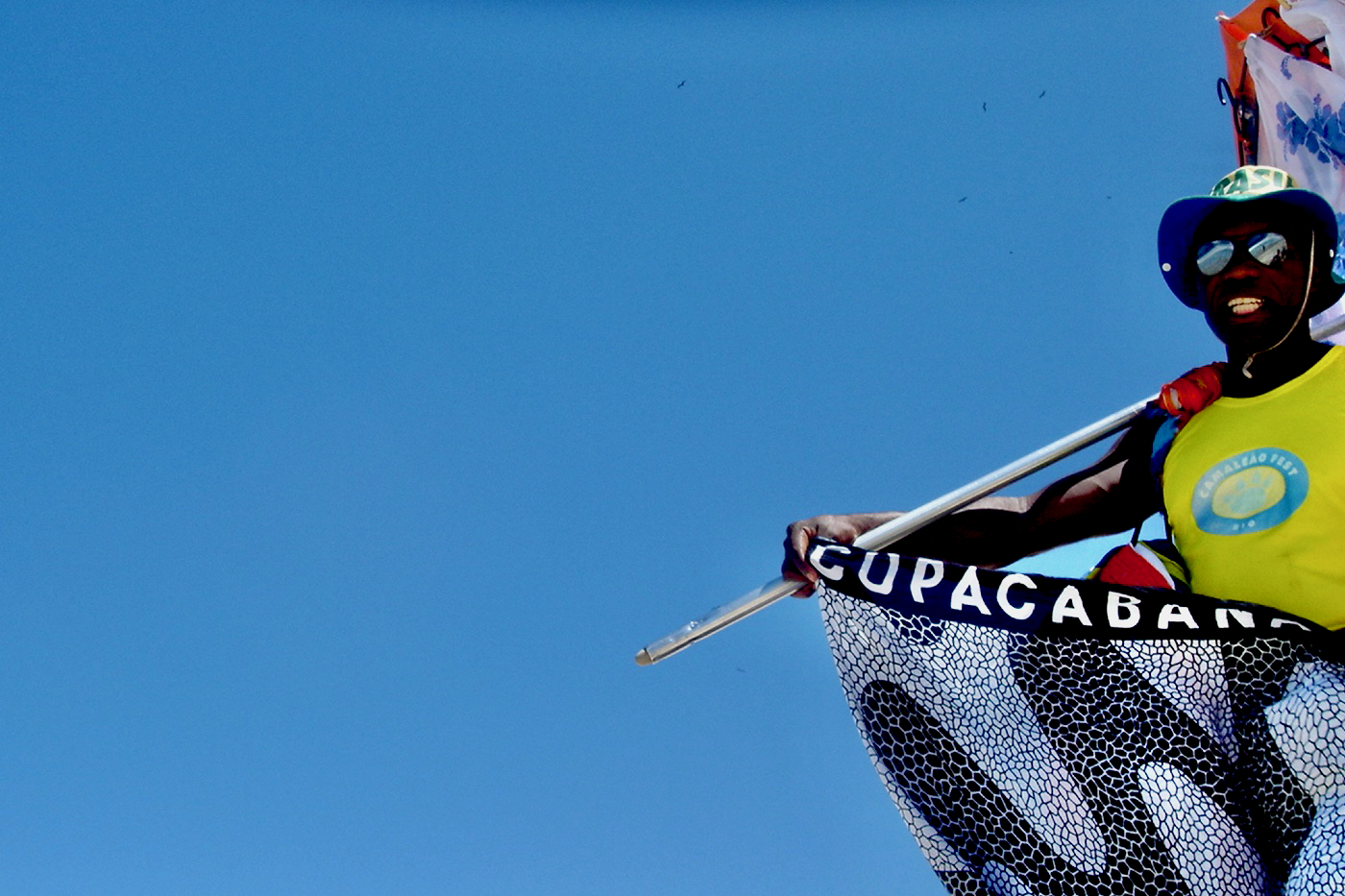 You can’t go to Brazil without seeing a football (soccer) match, it’s in their blood! So, we decided to buy some tickets and join a group of others, safety in numbers as it can be dangerous.

Adorned our purchased Brazilian headbands in support of the local team. Then off we went to the game at the Maracanã, officially named the ‘Estádio Jornalista’ in the centre of Rio de Janeiro. WOW, the Brazilians go crazy watching a football match, singing, shouting and letting off flares.

We have now escaped Rio and are in Ilha Grande which is an island 3 hours out of Rio.  It’s really tropical and laid back, just what we needed after Rio, a slower pace. 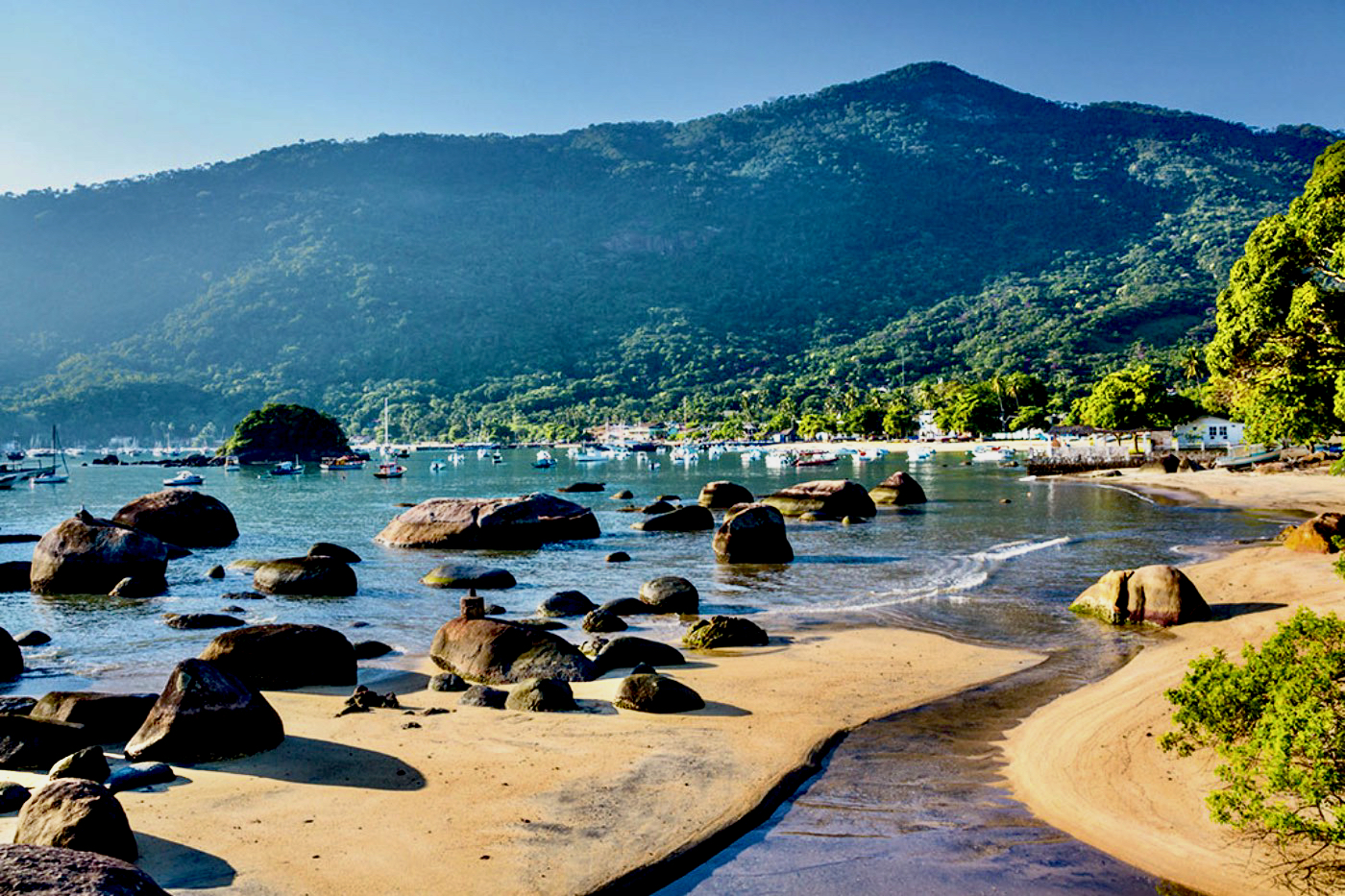 On Friday we head to Buenos Aires. Argentina here we come! 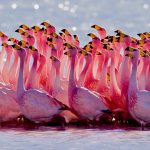 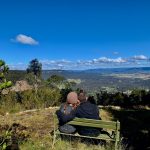