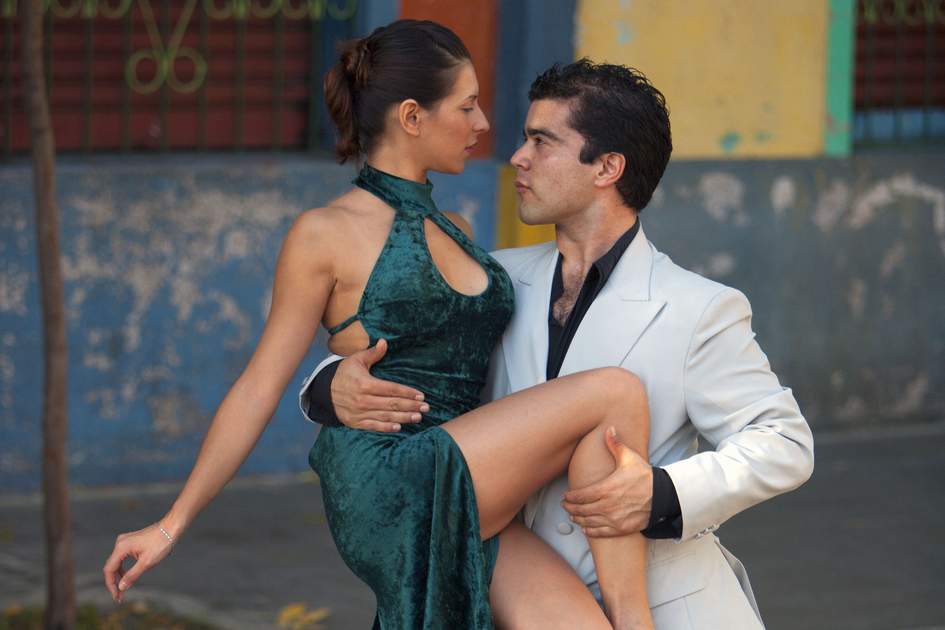 We arrived in Argentina excited to explore the cool creative neighbourhoods of Buenos Aires (or BA). A beautiful city that’s sexy and alive. We guarantee the minute you step off the plane will get under your skin!

On many traveller’s wish lists Buenos Aires has a labyrinth of neighbourhoods or ‘barrios’ as their locally known. Many with a combination of faded European grandeur and buzzing Latin passion.

Here’s our pick of the coolest creative neighbourhoods of Buenos Aires. 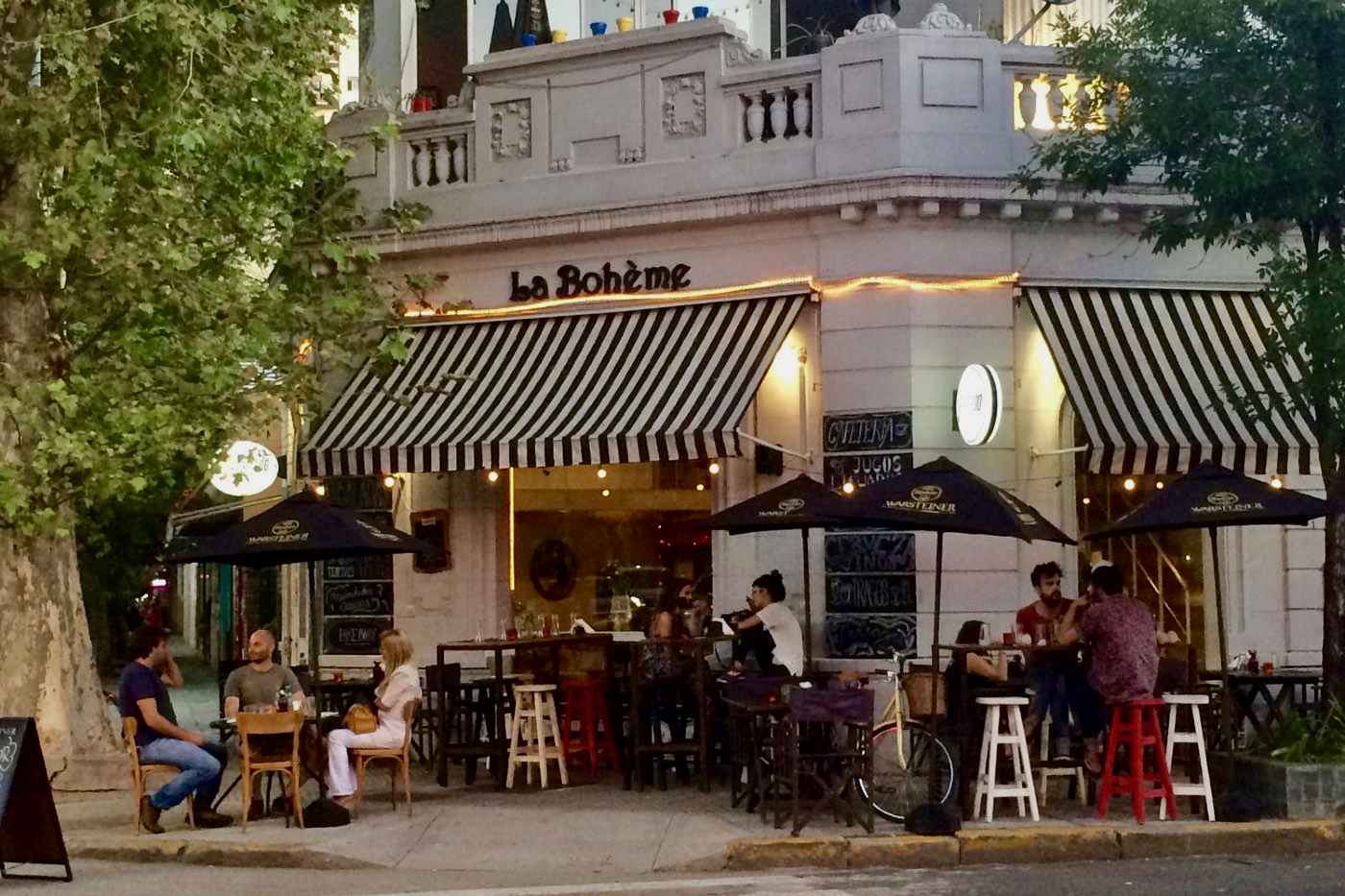 Palermo is a sprawling neighbourhood comprised of smaller neighbourhoods (or pockets) within. Neighbourhoods like trendy Palermo Chico, Palermo Soho and Palermo Hollywood. Full of eclectic restaurants, chic cocktail haunts and quirky one-off fashion stores. Here’s a snapshot of some of the Palermo pockets: 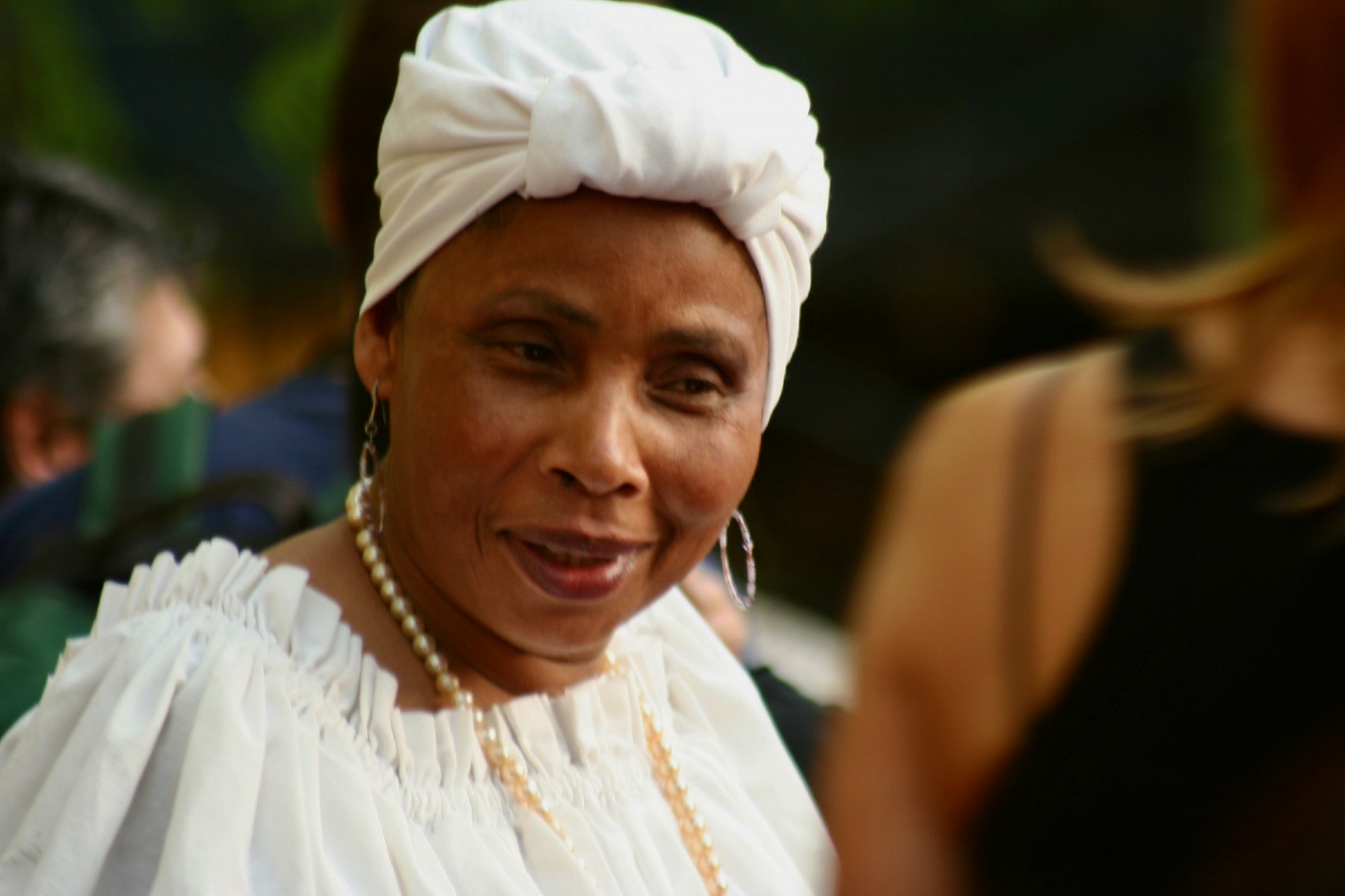 A bohemian vibe, San Telmo is one of Buenos Aires most attractive neighbourhoods.

The home of Tango, you’ll find cool upscale tango venues dotted around the neighbourhood. We highly recommend you book a dinner show, who knows you may even partake in a tango lesson. 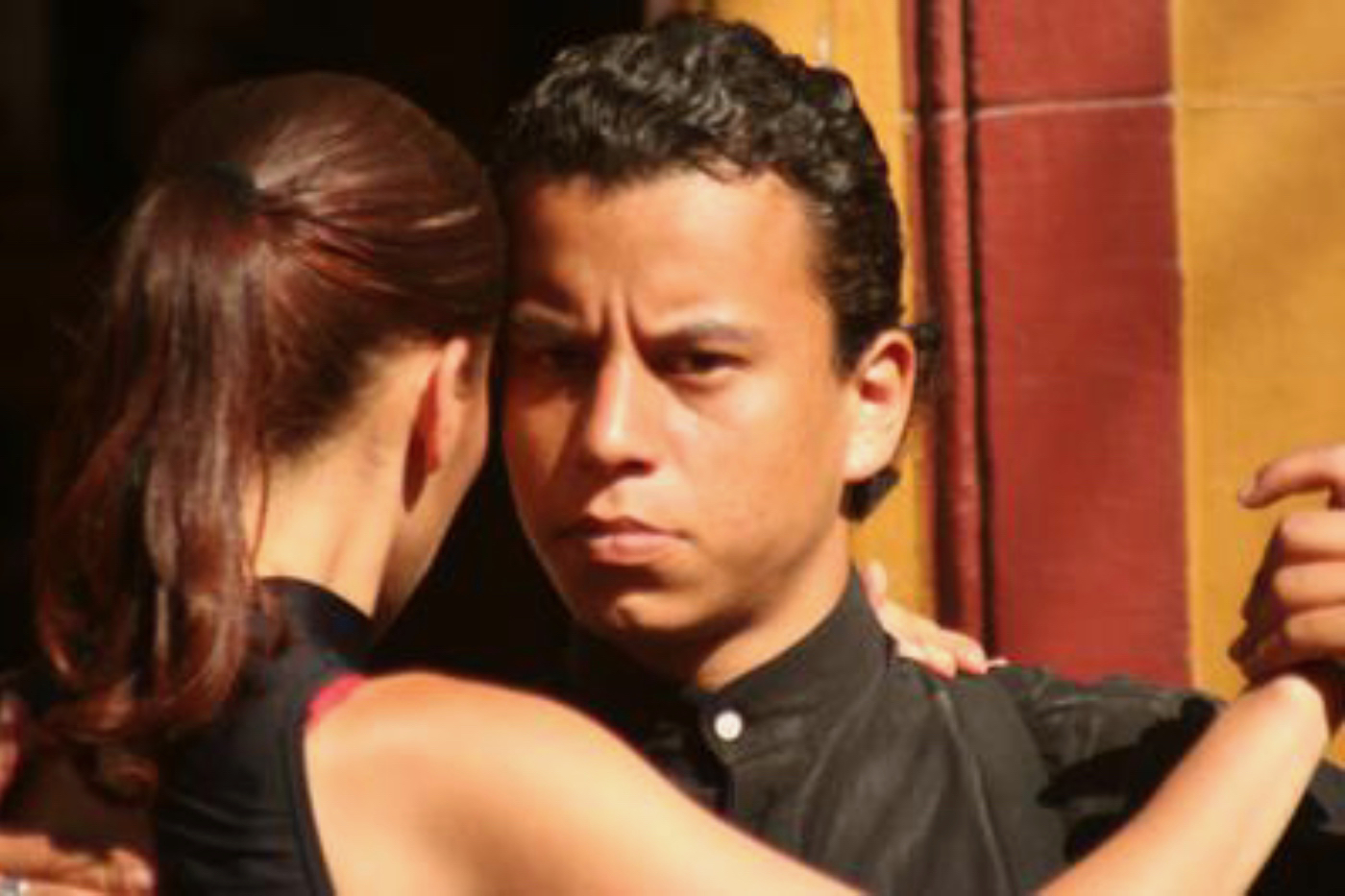 Every Sunday in Plaza Dorrego you’ll find a flea market full of antiques and other interesting stalls with amazing street performers of all kinds. It’s a must visit even it’s just for people watching.

You won’t regret taking a wander around San Telmo, history oozes from every corner of this barrio (neighbourhood). 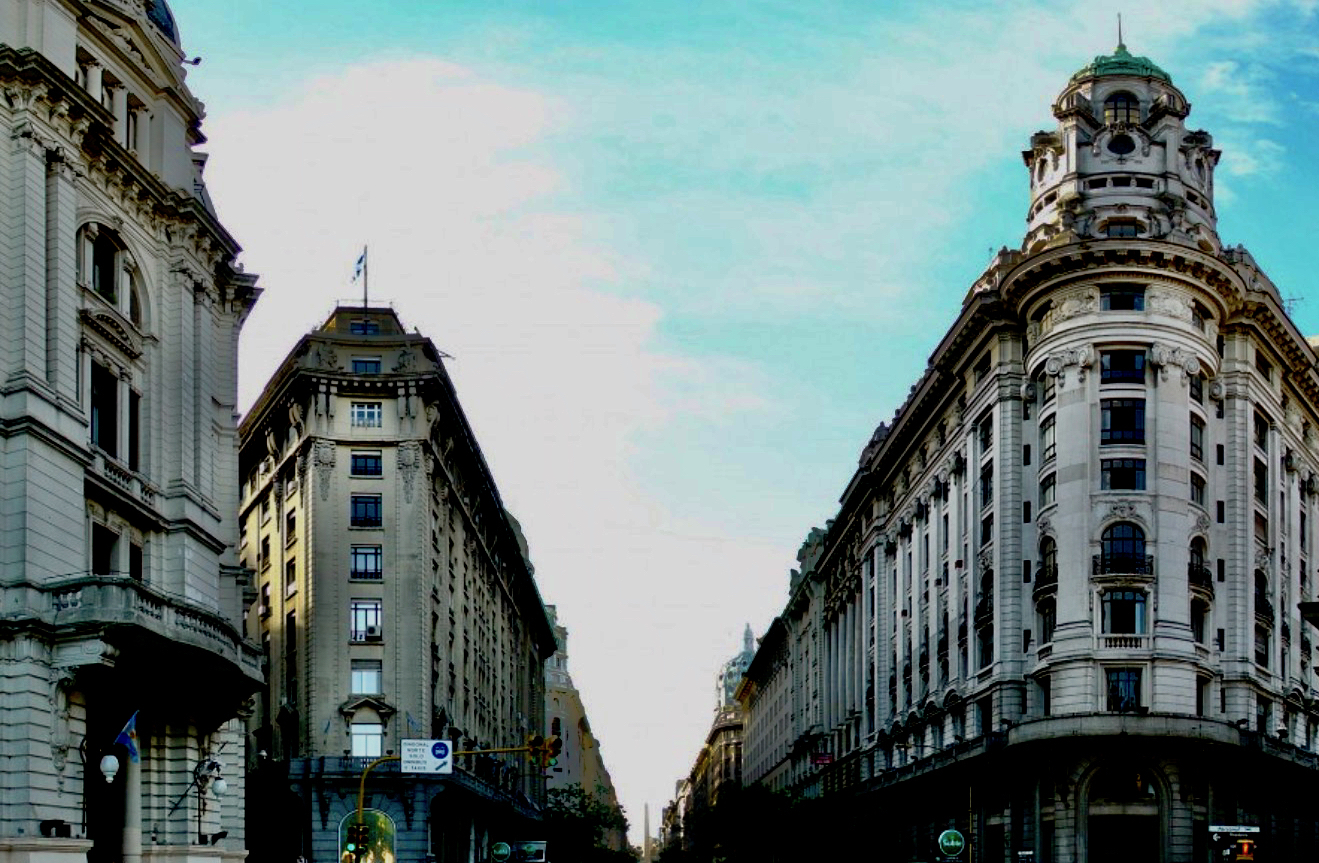 A main attraction is Recoleta Cemetery, where national icons like Eva Perón (of Evita fame) rest in extravagant tombs. 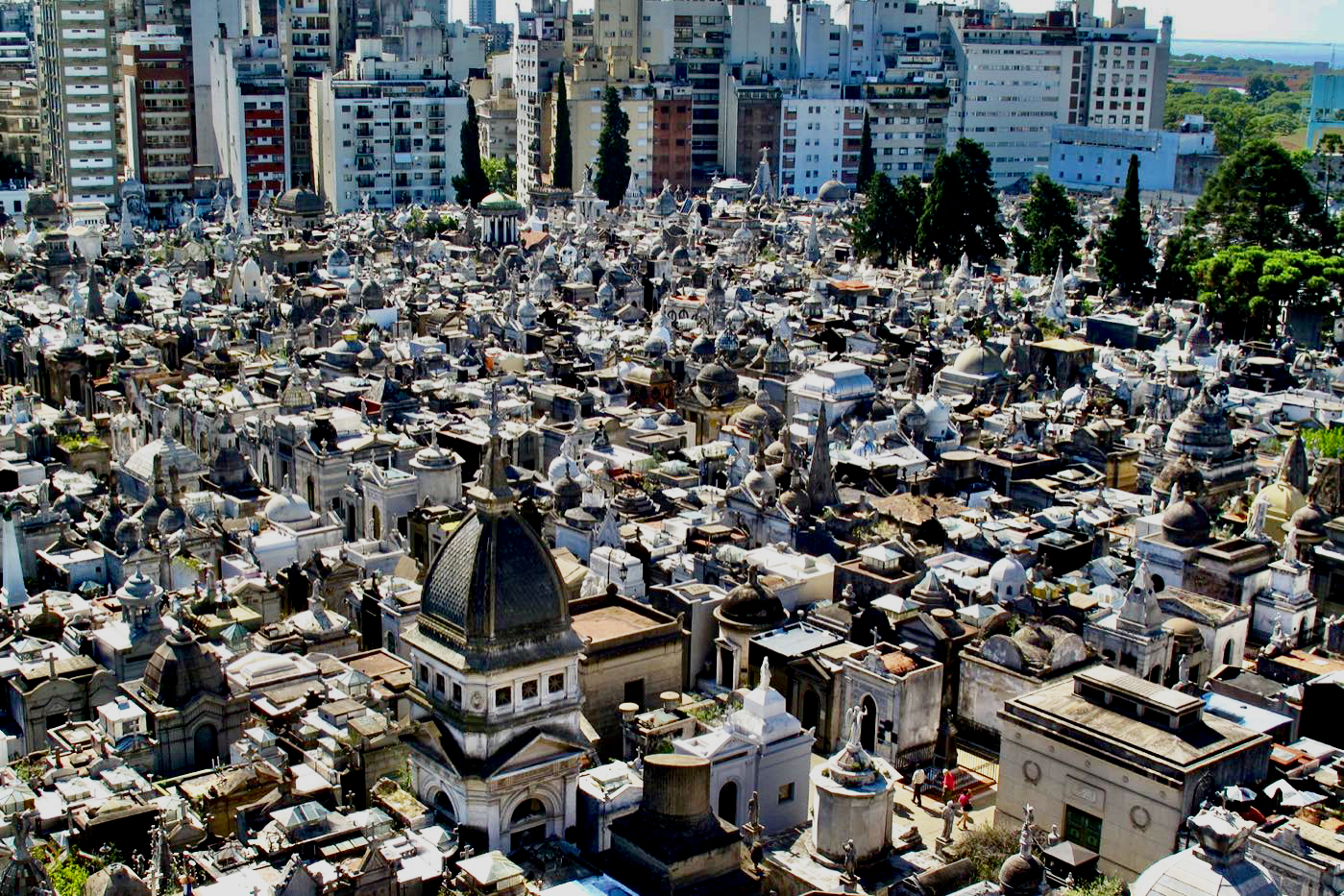 If you like markets, the Grassy Plaza Francia hosts a wonderful weekend handicrafts market on Saturdays and Sundays. It’s full of wonderful locally made items. 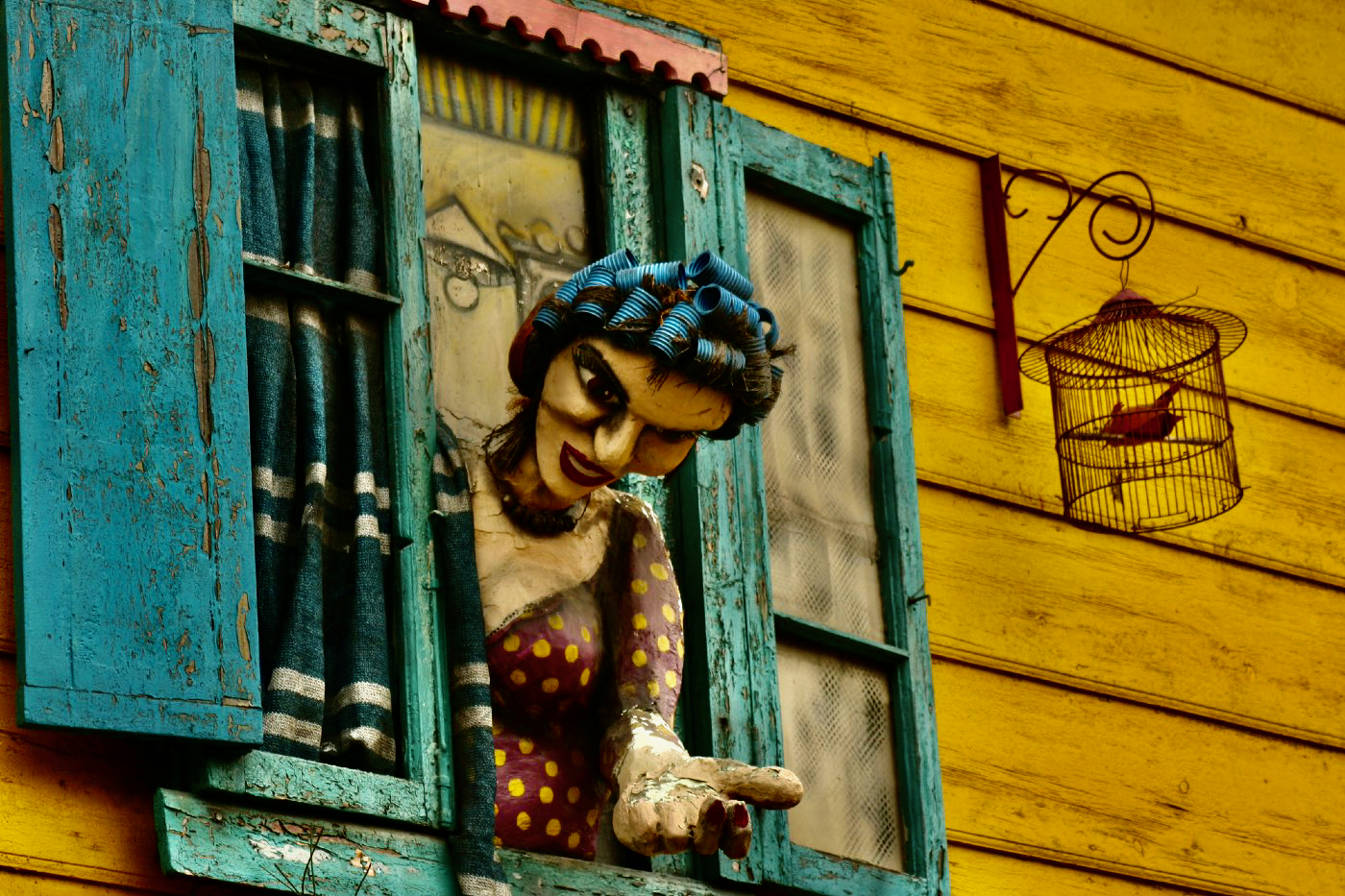 La Boca is that famous colourful neighbourhood we all see in travel books with brightly painted buildings and street murals. The tourist friendly area El Camanito is the highlight. You’ll find Tango’s roots with street performers and artists of all kinds. If you’re looking for a colourful memory to hang on your wall El Camanito is the place to find it. 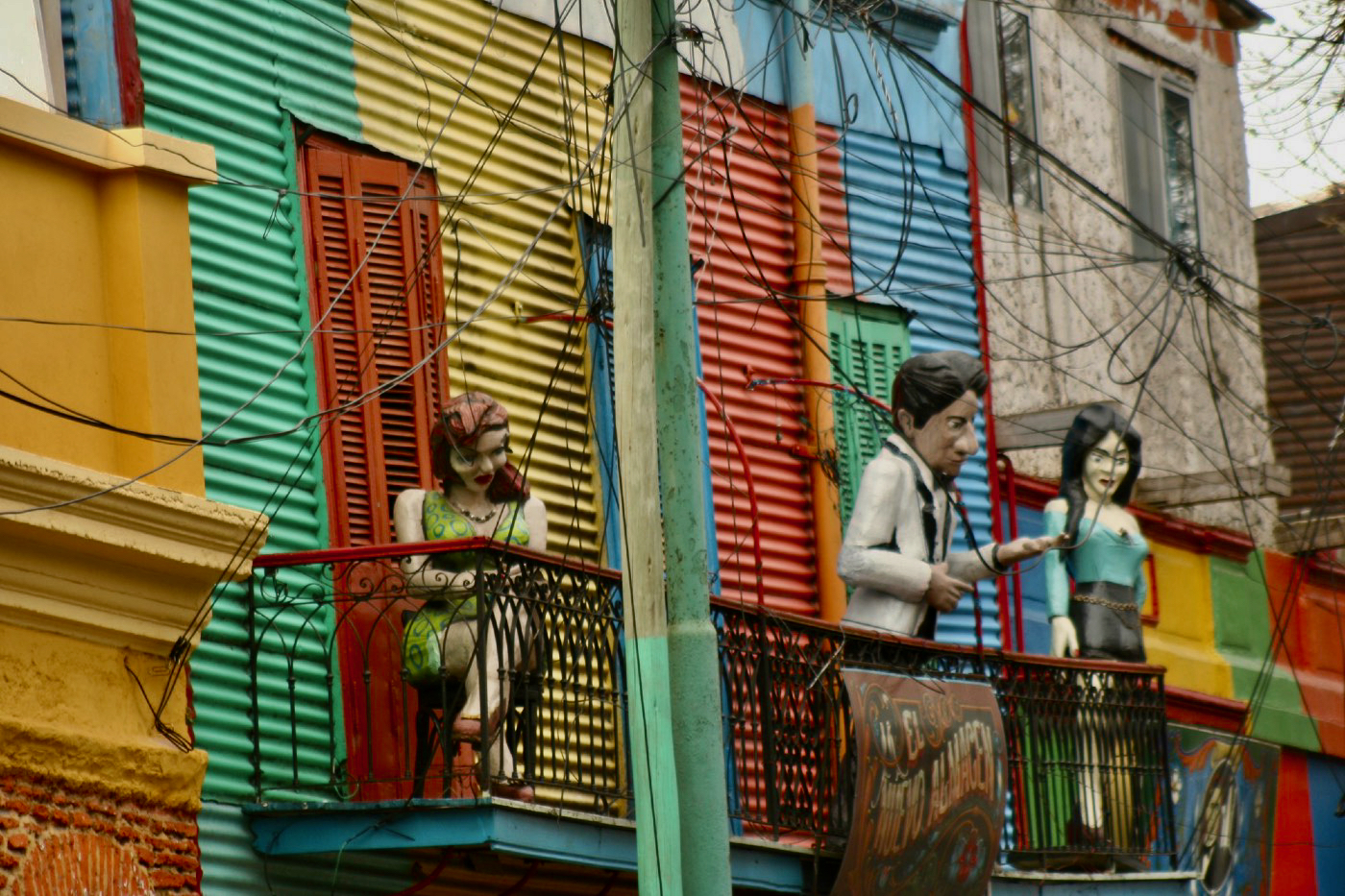 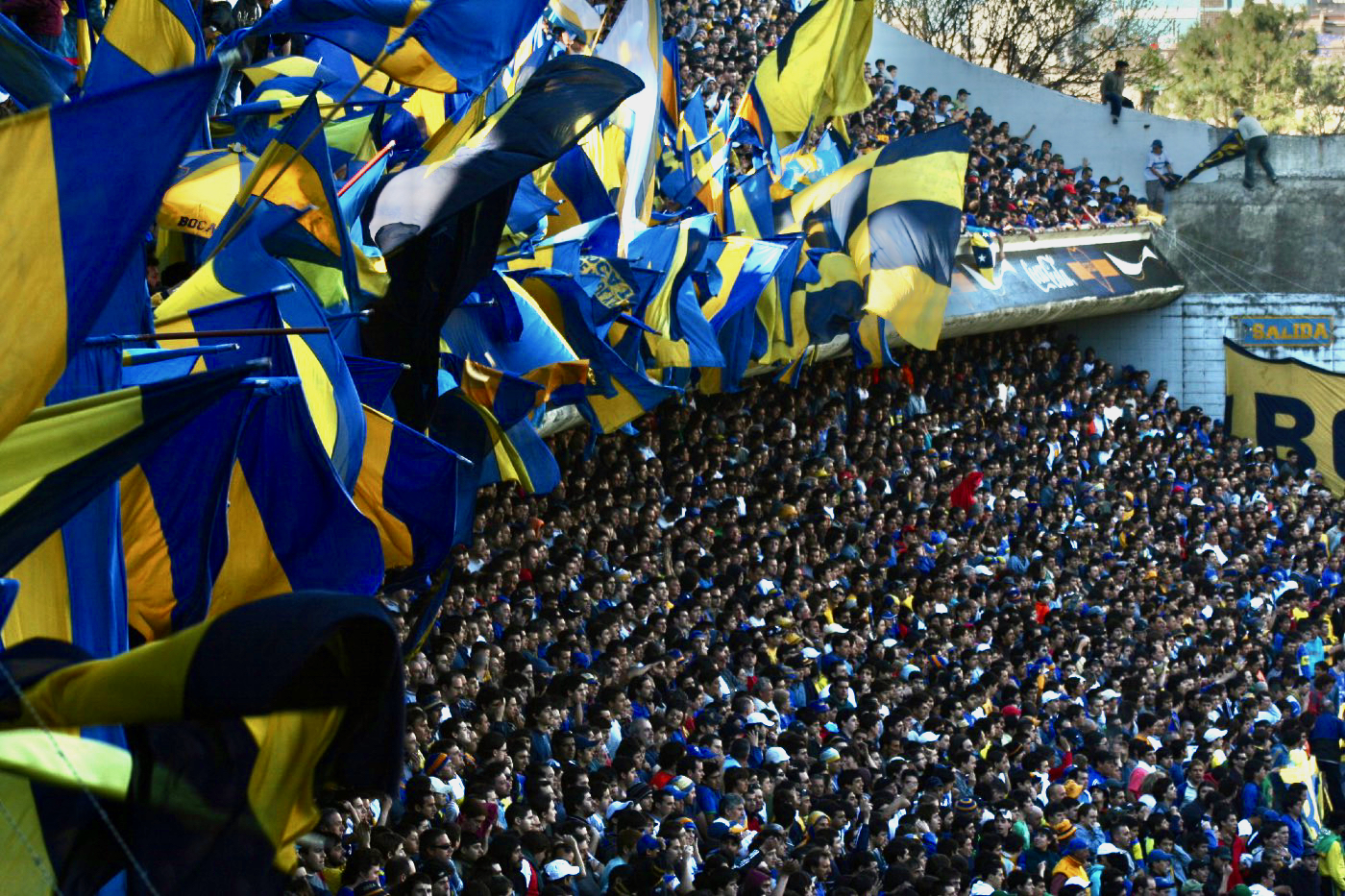 We manage to squeeze in a football game (soccer) Boca Juniors v’s River Plate packed into a stadium with 80,000 crazy people which officially holds 50,000. Flares going off in every direction we sit right in the middle of the River Plate area chanting and singing along in Spanish. Apparently we were singing ‘we’re gunna kill ya’! 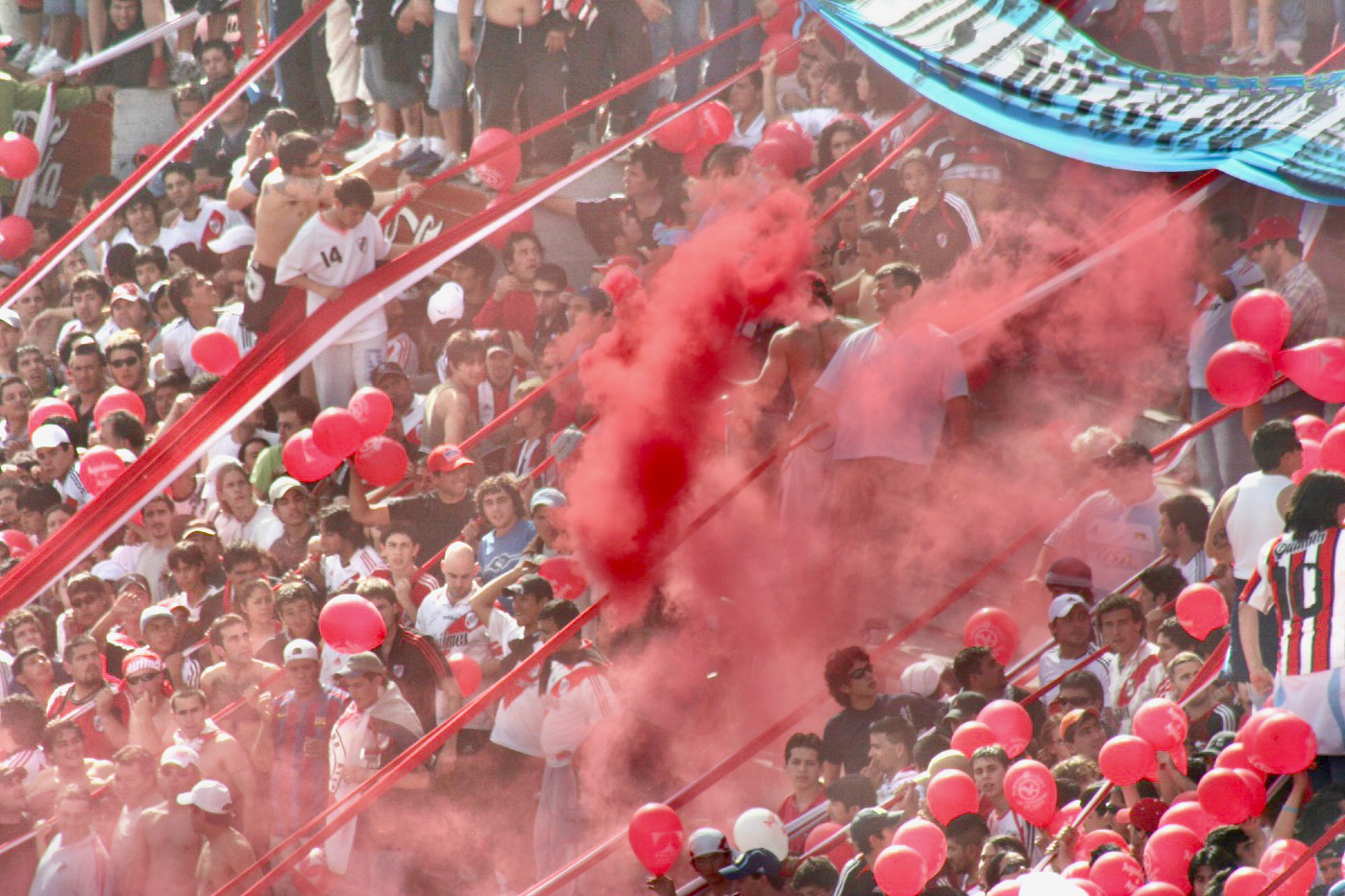 As a consequence of our singing two hours later we left the stadium after waiting for the away fans to clear the stadium before we could leave. Undoubtedly a crazy football experience but so much fun we’d do it all over again!

To sum up Argentina, firstly we went crazy at a football match and then did some amazing shopping. We also saw live music and tango danced the night away and ate great food, especially the meat as Argentina is famous for.

That’s our pick of the cool creative neighbourhoods of Buenos Aires. We totally fell in love, Argentina we’ll be back!

Travelling South America? Check out our other blogs here! 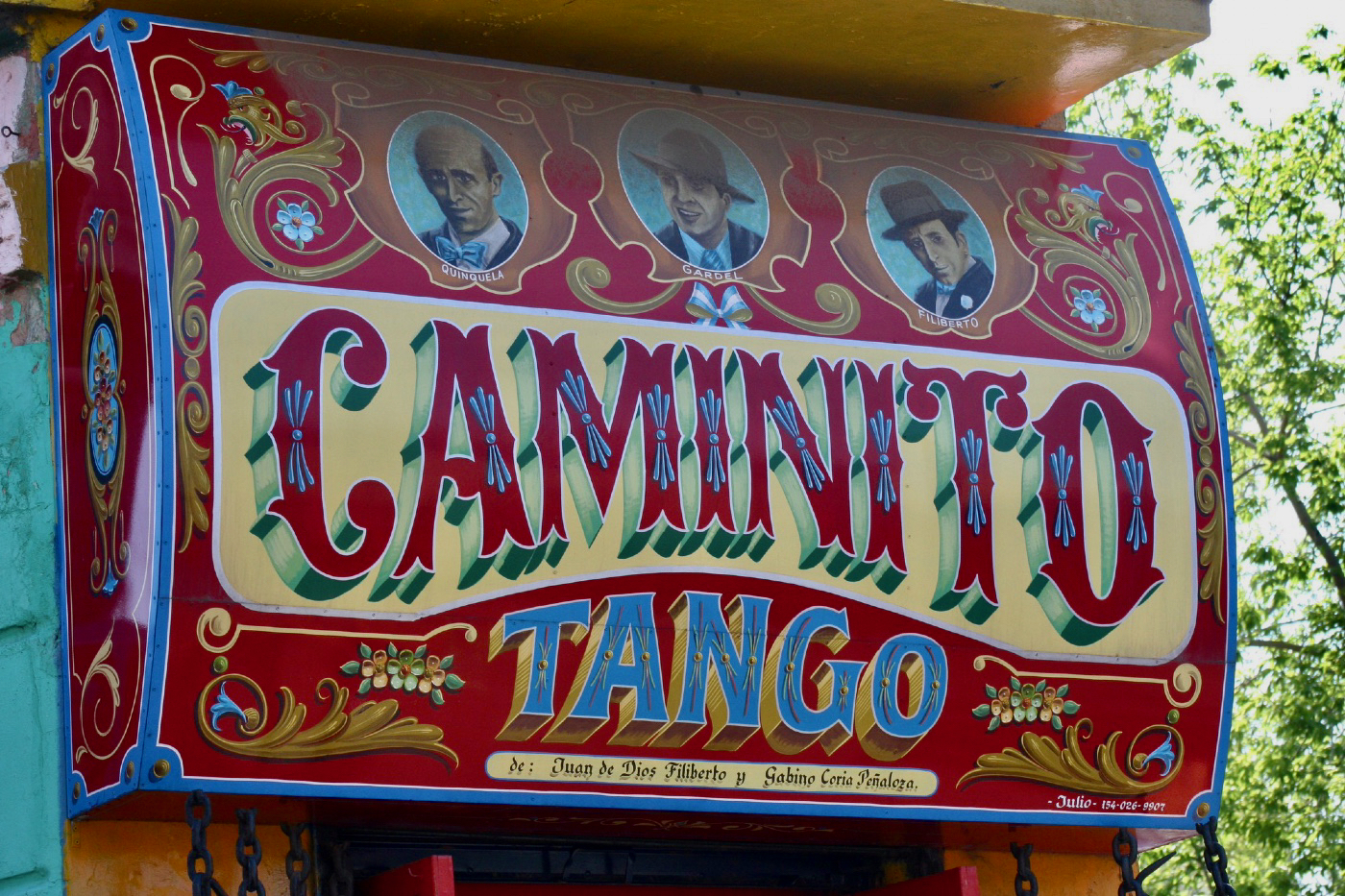 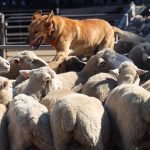 An Australian Outback Experience Near Sydney. Previous
Adventures in the South of India. Next 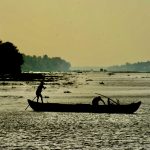