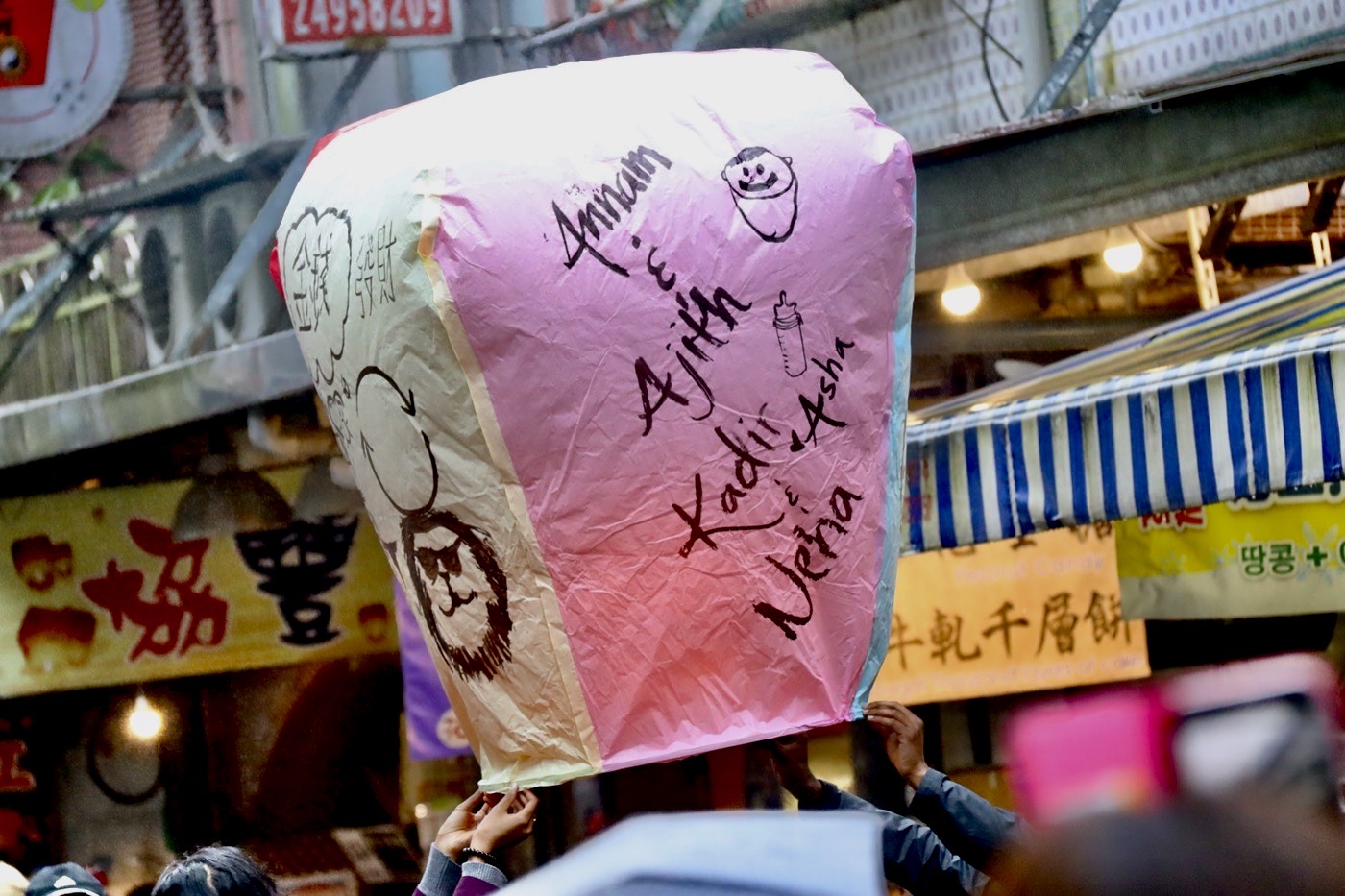 Releasing our very own Shifen sky lantern (in Taiwan) and watching it drift away (with our dreams painted on the panels) was an unforgettable and magical moment for us.

So, you’re wondering how do I release my very own sky lantern in Shifen?

Firstly, a little bit about Shifen!

Shifen is a small historic coal mining town located in the Pingxi District about a 1hour drive from Taipei by car. Originally built for transporting coal during the Japanese era, the station and track still today runs straight through the village.

Historically, sky lanterns were released by brave villagers who stayed behind when their villages were ransacked by outlaws. The sky lanterns signalled to the escaped villagers that it was now safe to return.

Today, sky lanterns are released as a way to make a wish and the main reason people visit Shifen! 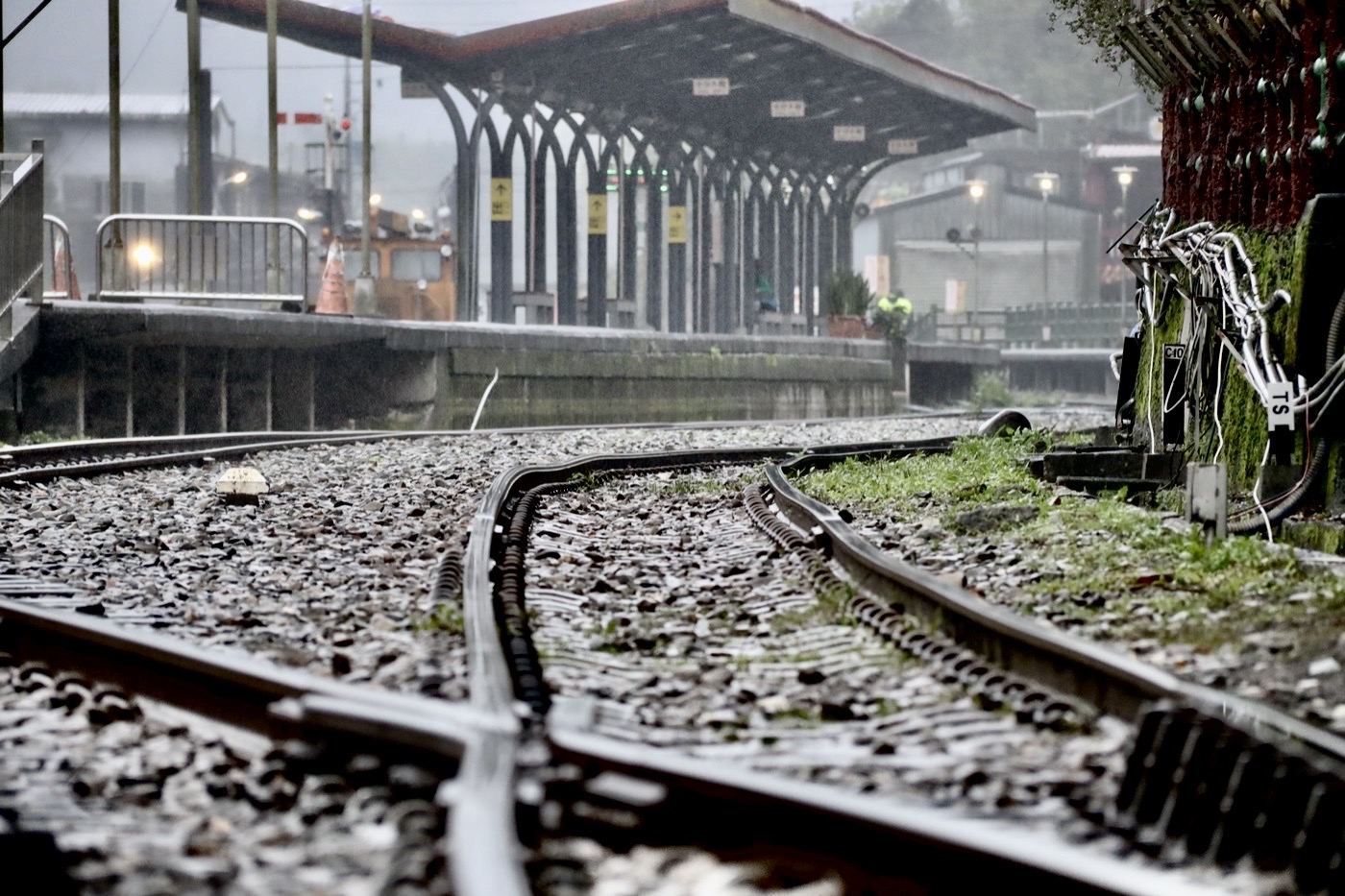 Releasing your very own Sky Lantern

On arrival to Shifen you’ll immediately notice the working train track that runs straight down the middle of the main street of Shifen. On either side of the train track it is lined with sky lantern stores (and other stores).

So, the first thing to do is to pick your lantern store and select a lantern!

The lanterns are made of rice paper and have a bamboo frame, making the lantern biodegradable.

You’ll notice each side of the lantern has a different colour, and they say you’re supposed to write wishes for different facets of your life on the specific lantern panel colours which mean:

But really, write what you want, where you want, it’s up to you! 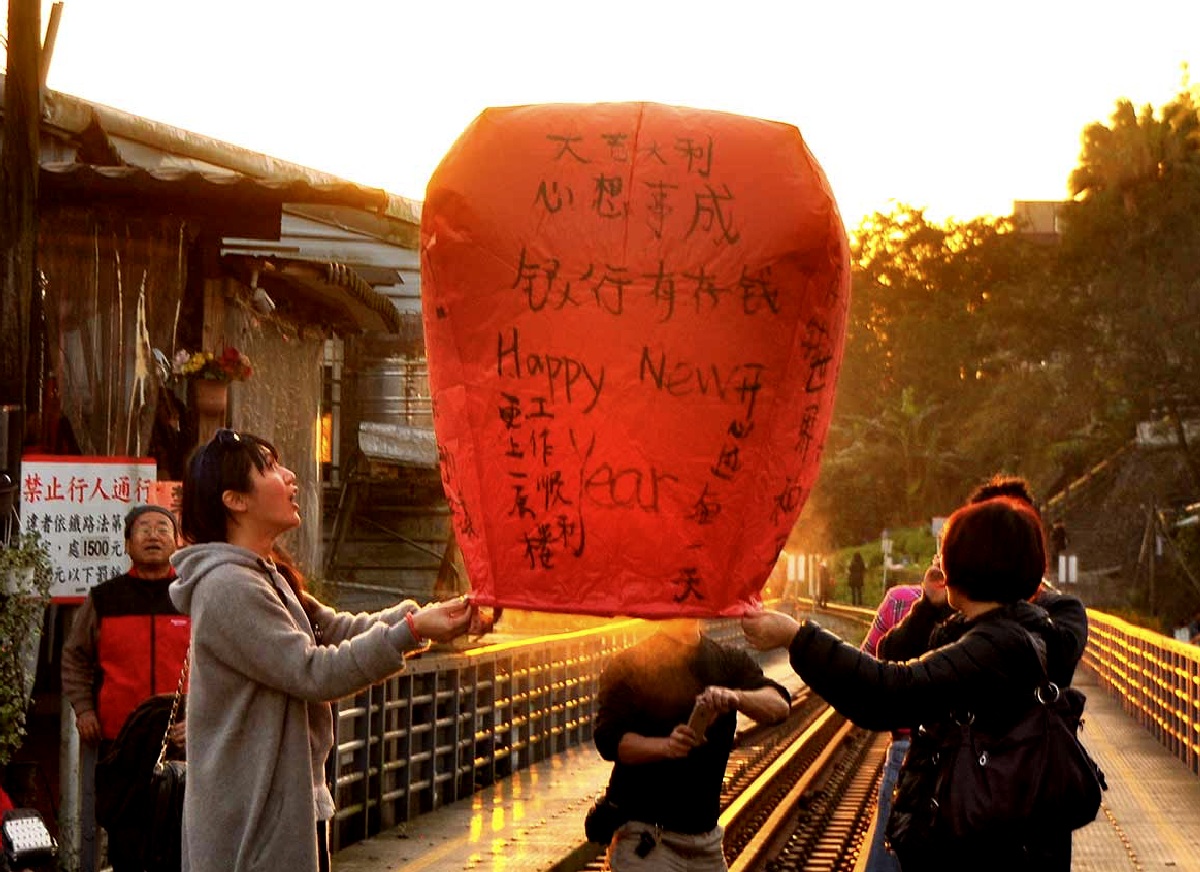 So, now standing opposite each other with our lantern in between us and a paint brush in hand we both write our hopes and dreams on the four sides of the lantern occasionally stopping to discuss what we were painting to make sure we didn’t replicate our thoughts.

Happy with our lantern choice and the graffiti of dreams we had painted, we stepped outside and waited for the paint to dry before preparing for its release.

From here we were guided onto the railway tracks (in between the running trains) with our creation and prepared for its flight. Our lantern was lit and seconds later our lantern came alive with its beautiful glowing flame.

We then released it into the sky sharing our dreams with the universe and for all to see, within a minute our lantern was out of site.

We wondered how long the flame would flicker and where it ended up before it disintegrated?

What will Your Sky Lantern Mean to You?

Our lantern consisted of happiness, health, finance and Love; all of these symbols were of both of us embracing an optimistic future. What will your lantern mean to you?

Each year the festival happens on the first full moon of the Lunar New Year and is a spectacular site with thousands of beautiful lanterns and dreams being released.

So, if you can make the Pingxi Sky Lantern Festival it’s a lovely way to release your sky lantern. 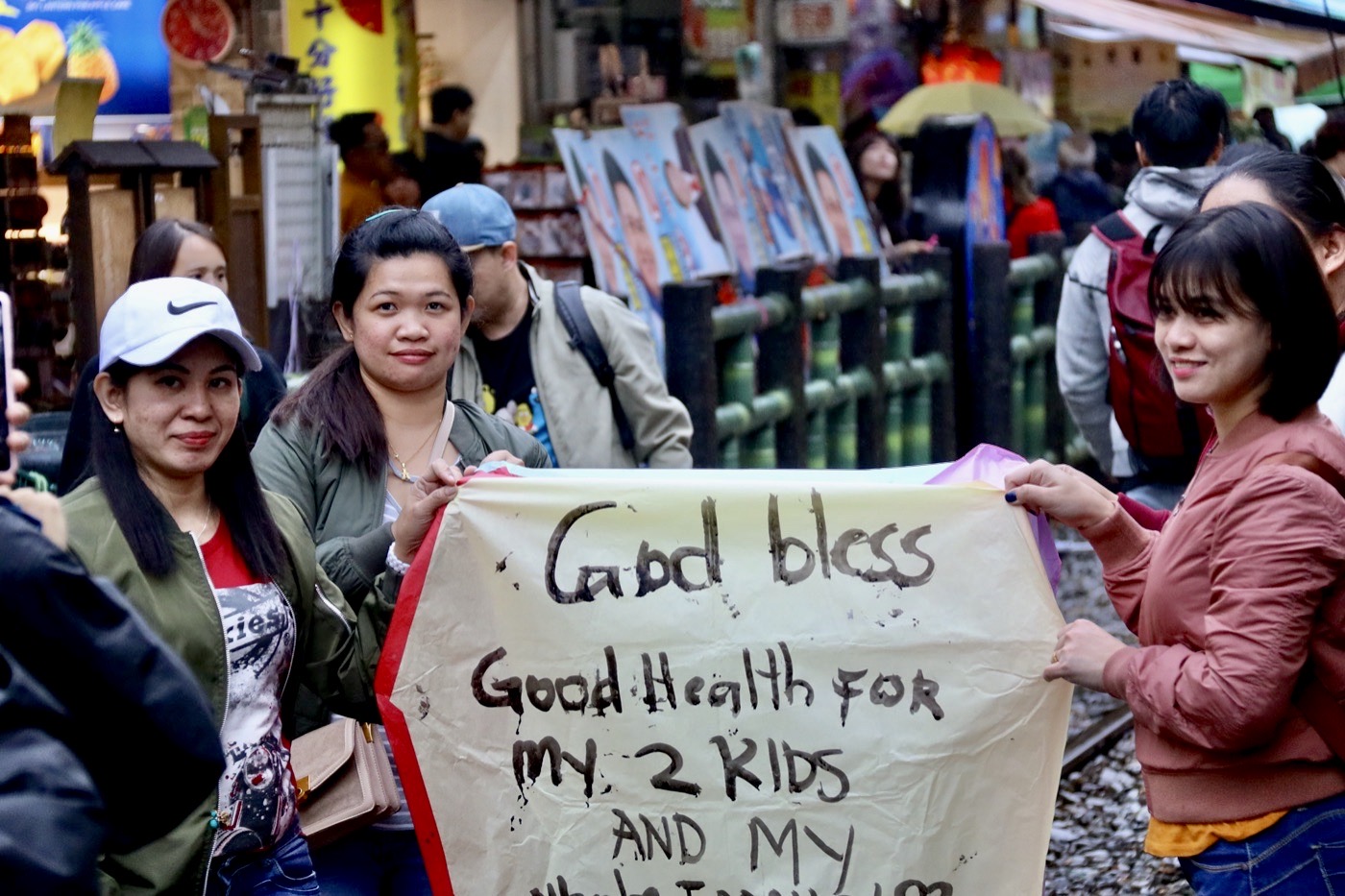 Once a coal mining town and now a tourist attraction, Shifen Old Streets are a collection of lanes and alleyways in and around the historic Shifen Railway Station.

The Bridge connects the Shifen and Nanshan Villages. Originally used for transporting coal and later transformed into a pedestrian bridge after the coal mining industry ended.

The bridge deck is suspended by cables and can sway as you walk across it. Spanning 128 metres long with panoramic views of the Old Shifen Street and the Keelung River. Perfect photoshoot opportunities for anyone with a camera and a creative mind.

A further 20-minute walk through the town will take you to the beautiful Shifen waterfall. Known for being Taiwan’s widest waterfall with a total span of 40 meters and 20 metres high. It’s located on the upper reaches of the Keelung River. 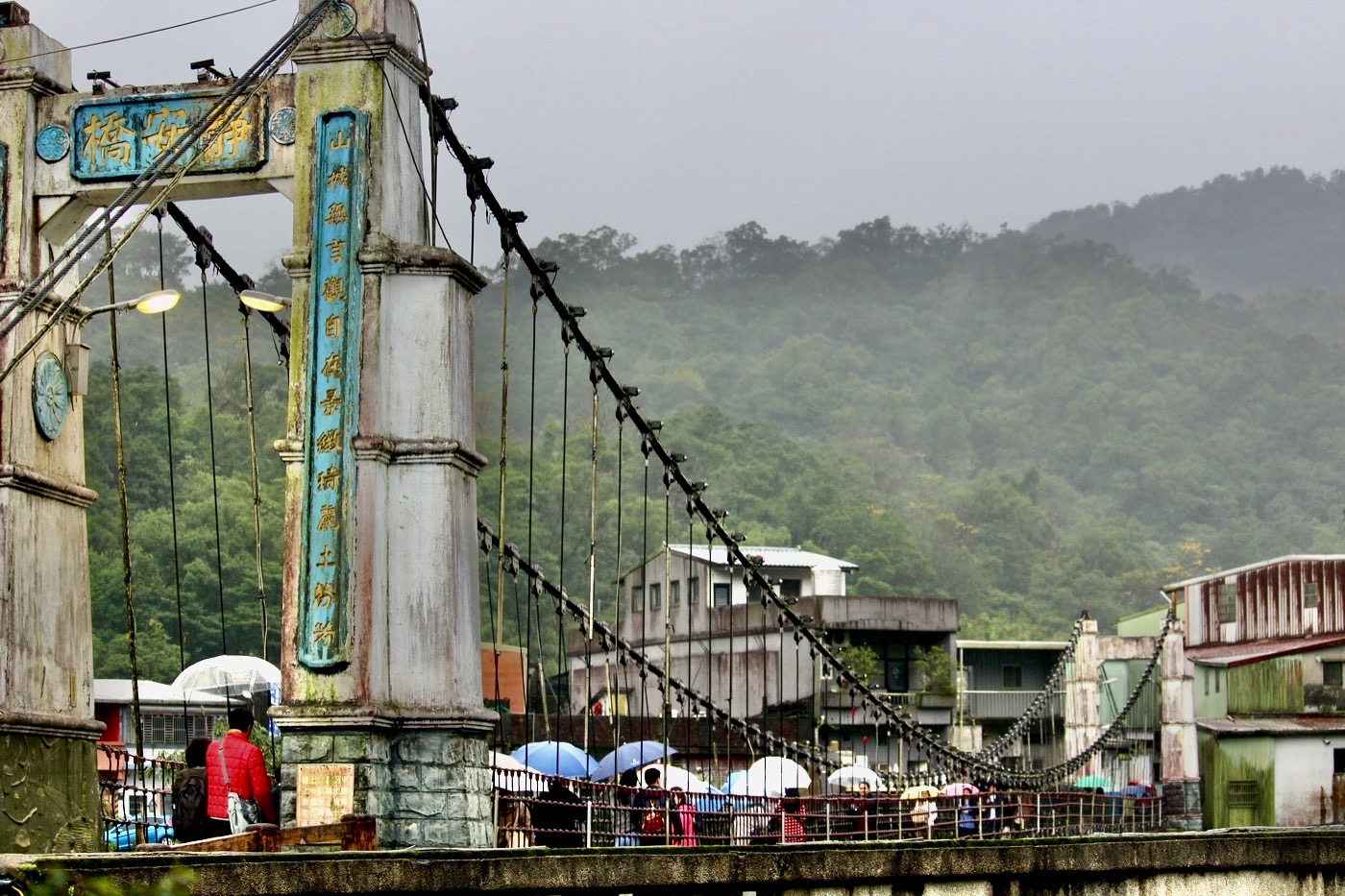 How to Get to Shifen

Shifen is accessible via train from Taipei, so jump on the train at Taipei Main Station and head to Ruifang Station and then transfer to the Pingxi Line to get to Shifen Station.

You could also hire a driver if you prefer a day trip and visit a couple of the popular tourist locations in the Ruifang Dstrict such as Jiufen, Houtong, Jingtong along with Yehliu and finally Shifen.

There are also shuttle bus services that conduct this same route, it’s always more fun when you share the ride and the adventure with people you don’t know, making this type of transport our preference. 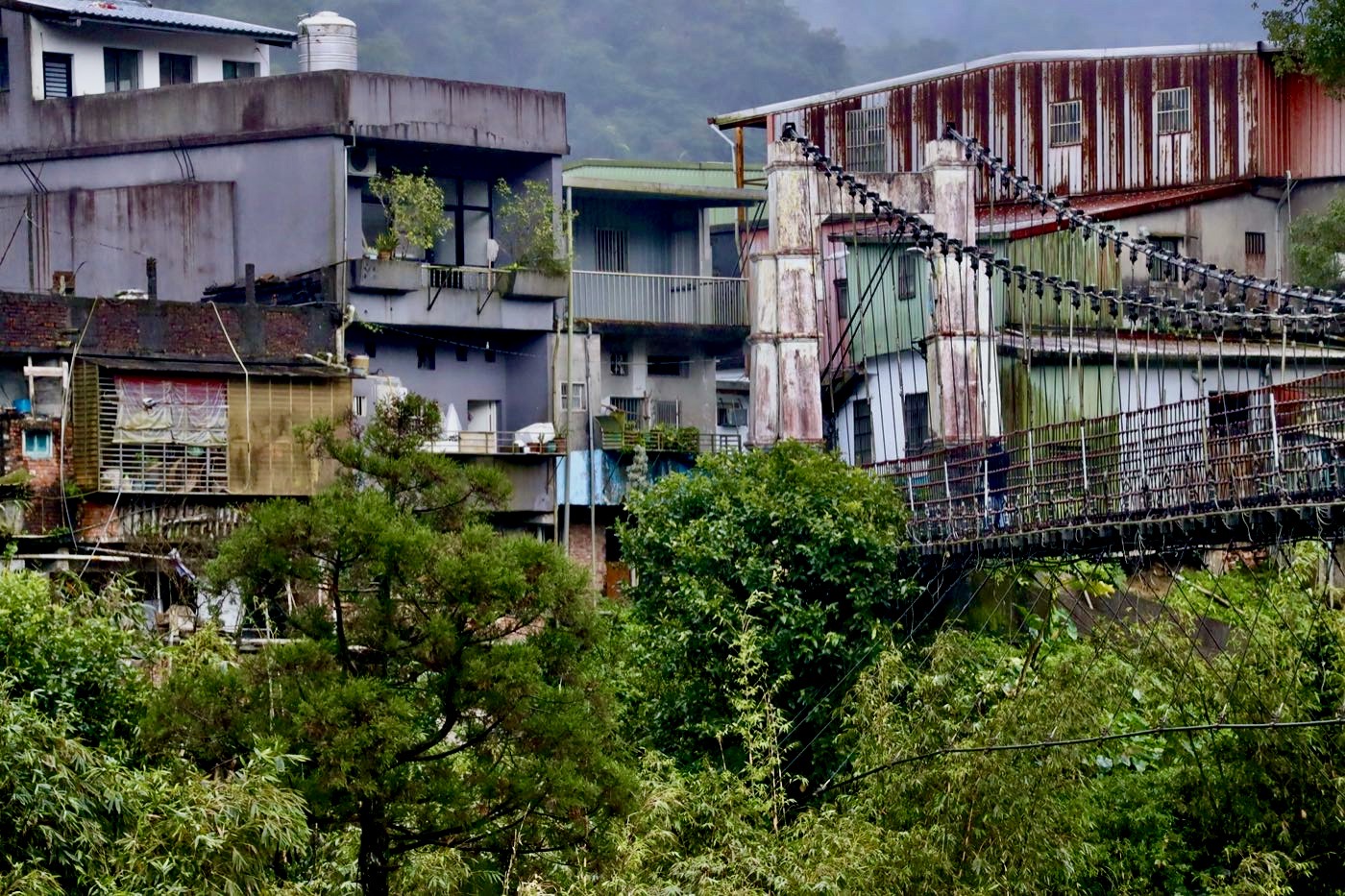 Want to know more about Taiwan check out these blogs; Our Cool, Creative and Chic Taipei and Awesome Things to do in Xinyi District, Taipei. 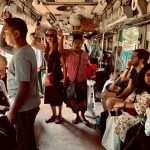 Local Life on the Yangon Circular Train. Previous
Hiking the Remote Great Wall of China. Next 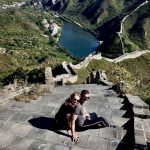 Our Cool, Creative and Chic Taipei.

Awesome Things to do in Xinyi District, Taipei.