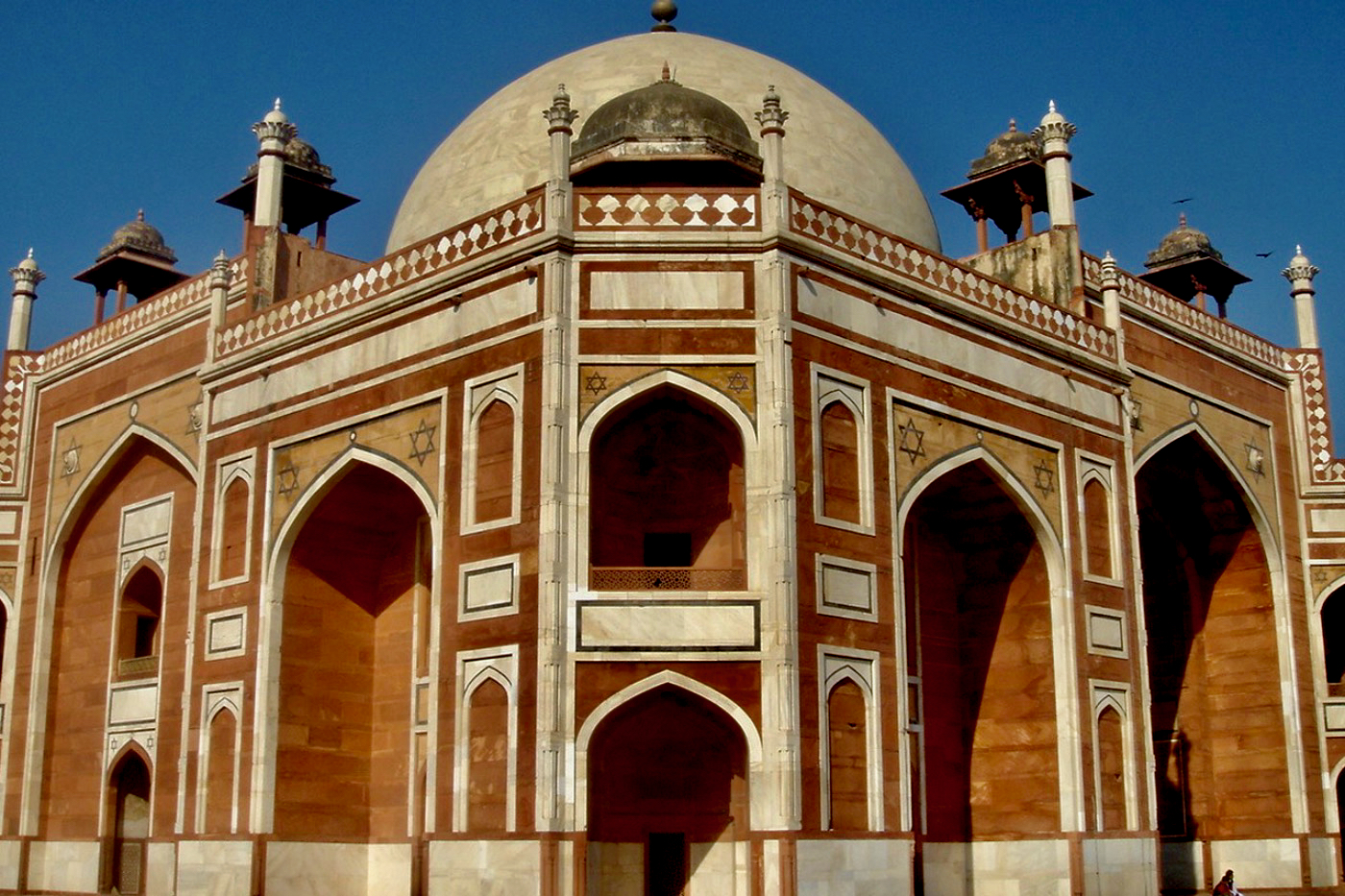 Tonight, we catch the overnight train to Delhi from Varanasi, leaving at 7pm arriving at 8am the next day. Apparently, we’re in a carriage with four other people (probably Indians).

It’s our first train trip in India as we’ve been treating ourselves by flying but we thought you can’t go to India and not do a train trip.  It will either be hell or fun………not really sure but we’re sure it will be an adventure. 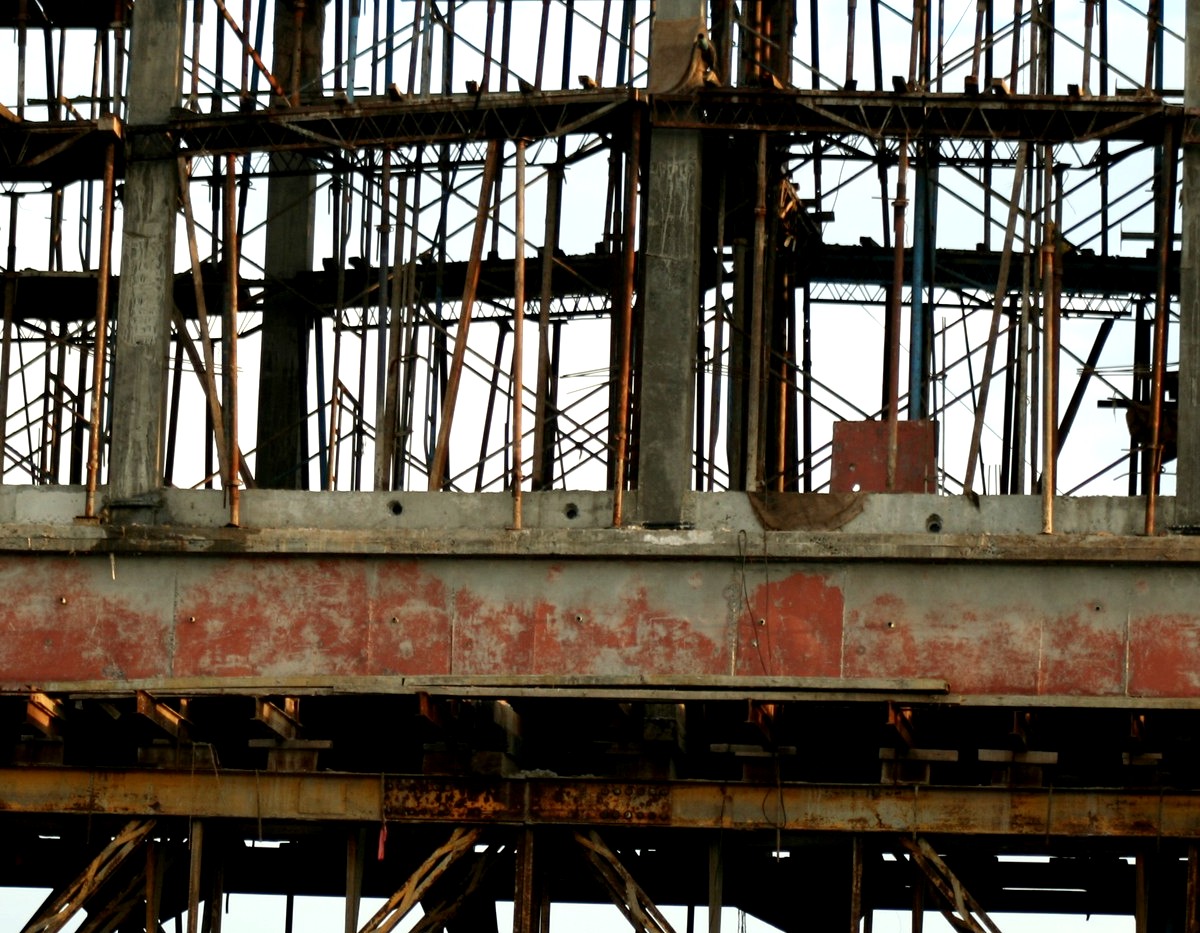 Our Overnight Train Trip to Delhi

Well, our overnight train to Delhi was interesting. It consisted of a 6 berth, third class sleeper with 2 Indian businessmen, 1 suspect Russian with a very bad stutter and an old Indian man and a family of 5. We finally arrived in Delhi.

The Indian family had booked 2 seats for 5 people and the dodgy Russian guy opposite didn’t sleep all night but peered over his 80’s wraparound sunglasses looking around like he was trying to dodge someone who might be on the train. Then there was the rather large (but friendly) old Indian man and the two questionable businessmen, we never did get a straight answer as to what business they were in.

All night Indians walked through the carriages selling their wares and food. So, we decided to buy some vegetable samosa’s which tasted ok, a little oily. Then I decided to go for a walk to the food carriage, OMG we never ate another thing on that train. 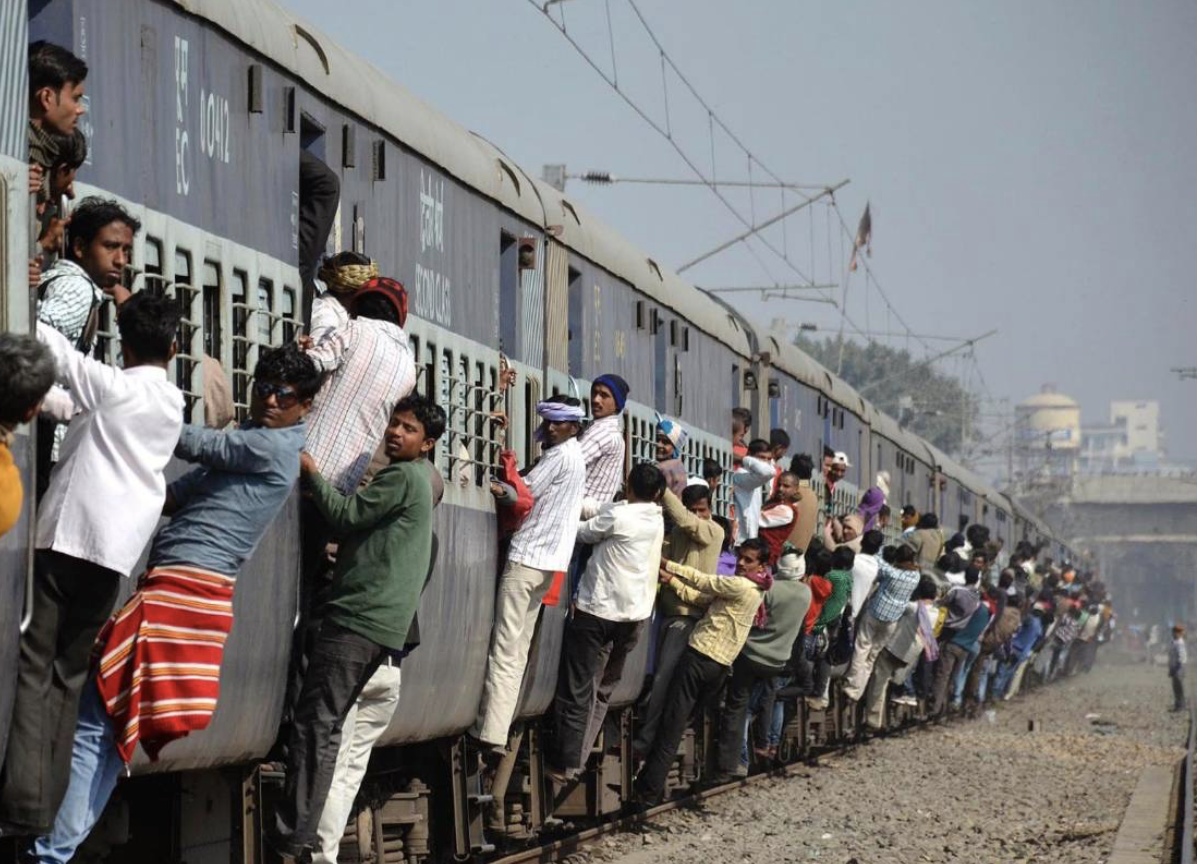 By this time it was getting dark so we decided to pull down our beds which were above us and consisted of a piece of wood on a hinge, bit like a door, remember it was third class, but we managed to sleep clinging on for life as the train rocked all night, with our backpacks under our heads.

Actually, to our surprise it was a pleasant overnight train to Delhi in a strange sort of way. We managed to amuse ourselves playing cards and talking to the locals and with ok food (until we saw the food carriage) and crisp clean sheets and blankets.

Once the main residence of the Mughal Emperors and one of the oldest historical structures in Old Delhi city.

One of the largest mosques in India with a courtyard than can hold an incredible 25,000 devotees. 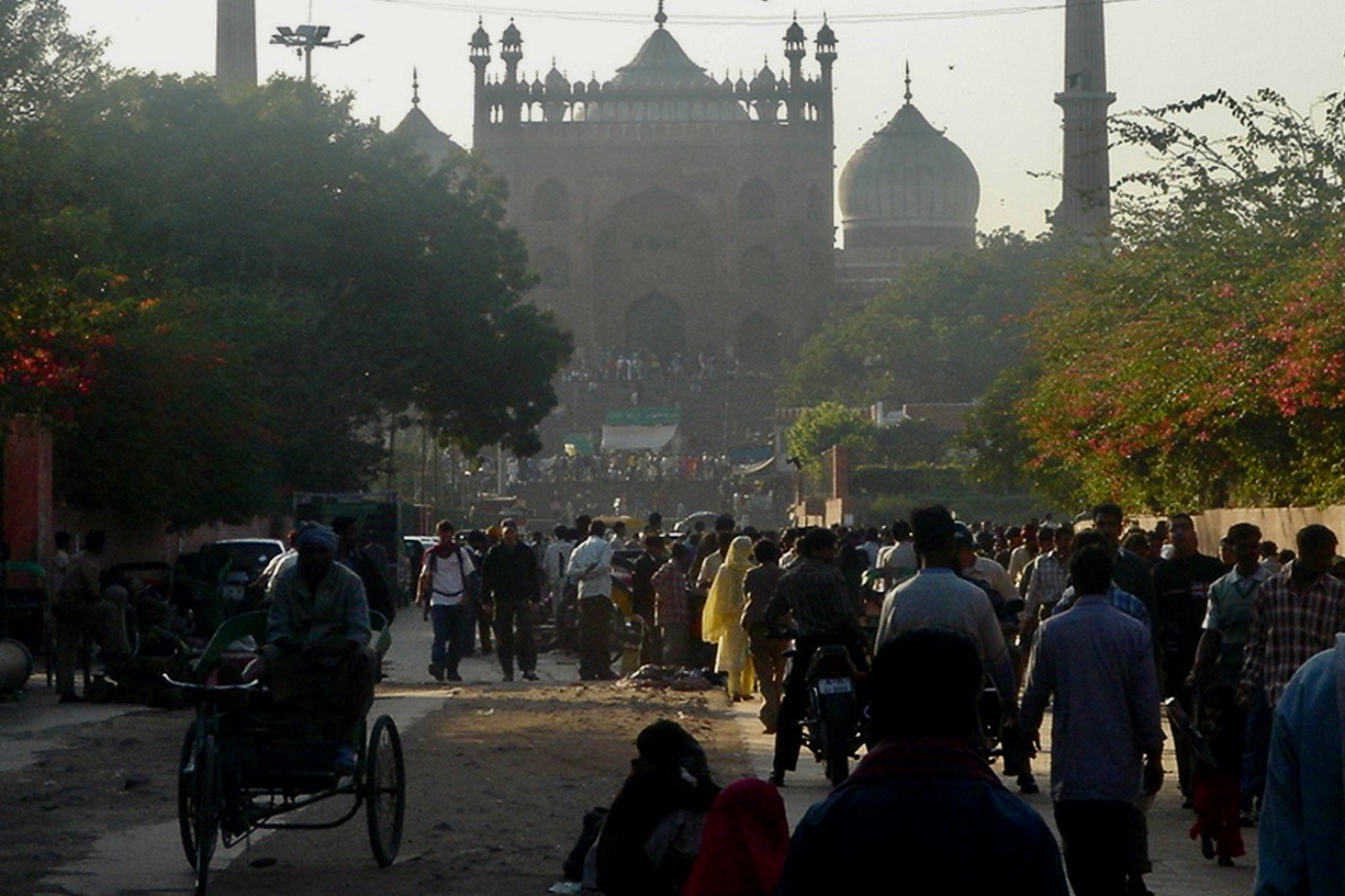 A small section of Old Delhi that still remains at the heart of the city. A major hub to experience an authentic and bustling original Indian bazaar. 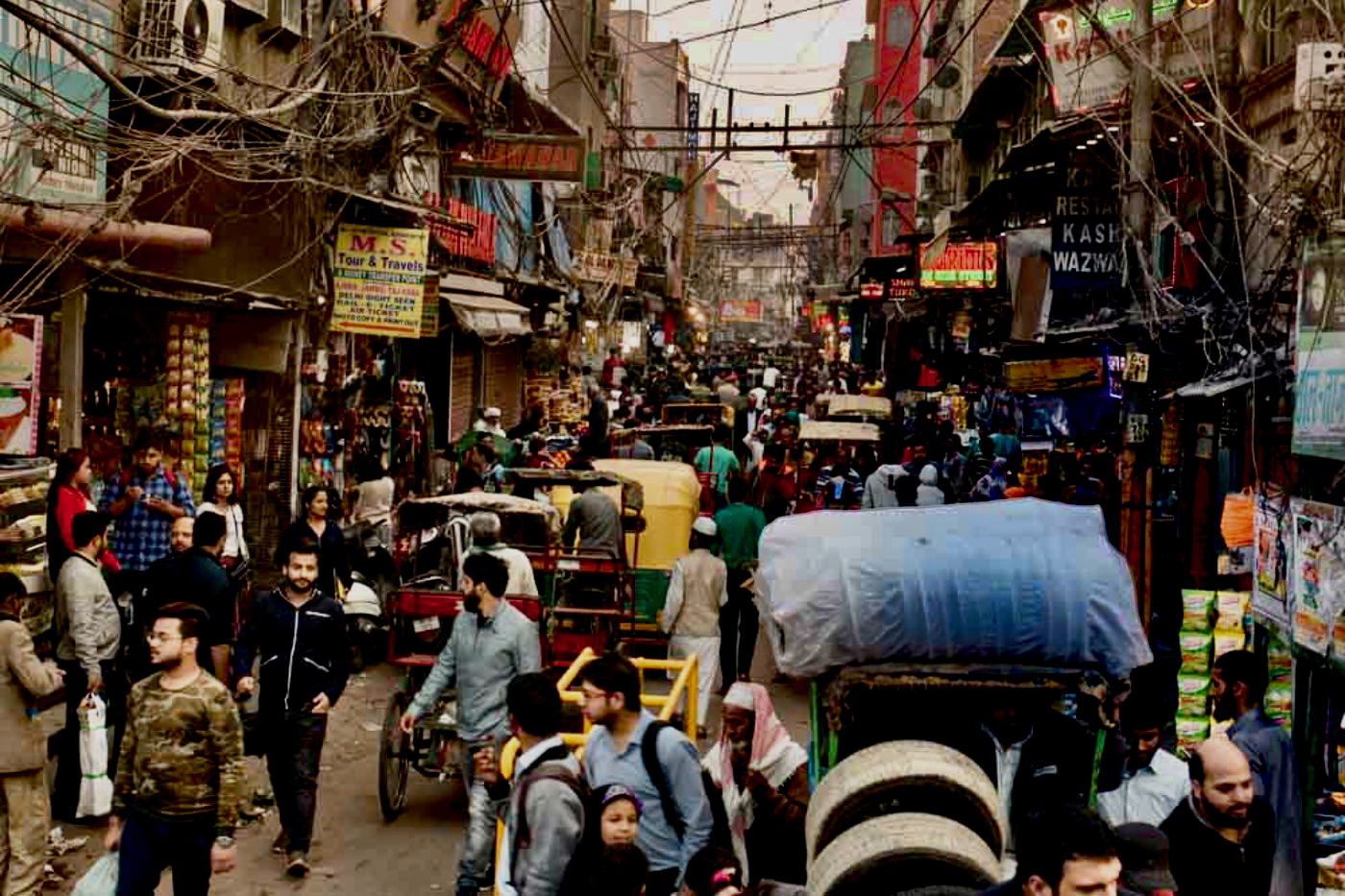 Street food in Delhi is a must and Kebab Lane located south of Jama Masjid Mosque is a not to be missed. You’ll find everything from kebabs, biryanis and royal tandooris. 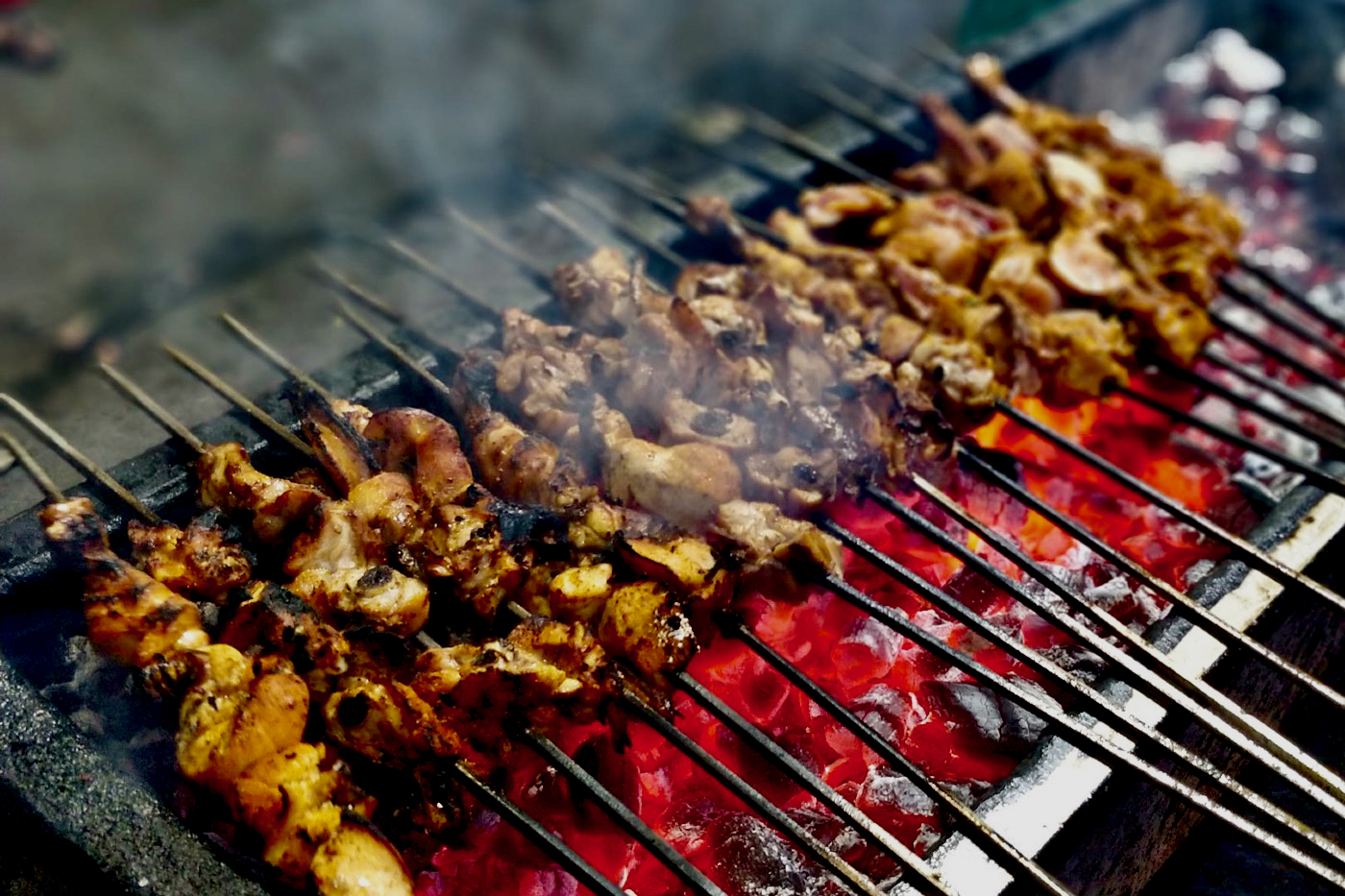 Chawri Bazaar is famous for ‘Chaat’. A type of Indian street food that literally means ‘to lick’.

A UNESCO World Heritage Site once built by a grieving wife for her husband. Built in red stone and resembling the Taj Mahal architecture it is bordered by beautiful gardens dating back to 1562. 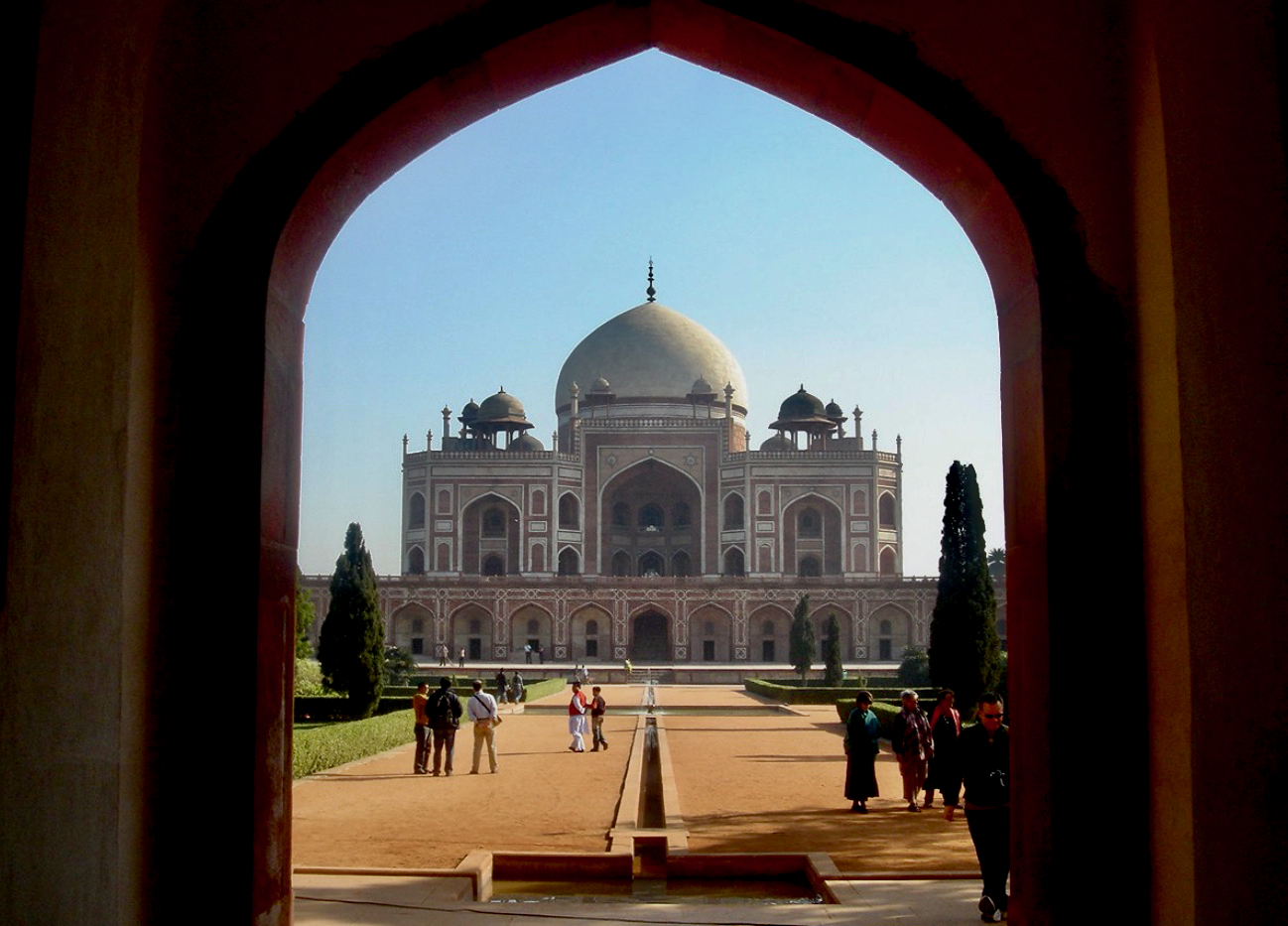 India Gate was built in the memory of Indian soldiers who died in the First World War. Surrounded by grassy lawns and a favourite resting spot in the evenings with the beautiful lit up structure.

One of Delhi’s top attractions and renowned UNESCO World Heritage Site. Stand 240 feet tall this tower was established in 1192.

An architectural delight made of pure marble from top to bottom, shaped in a lotus flower representing the symbol of peace. 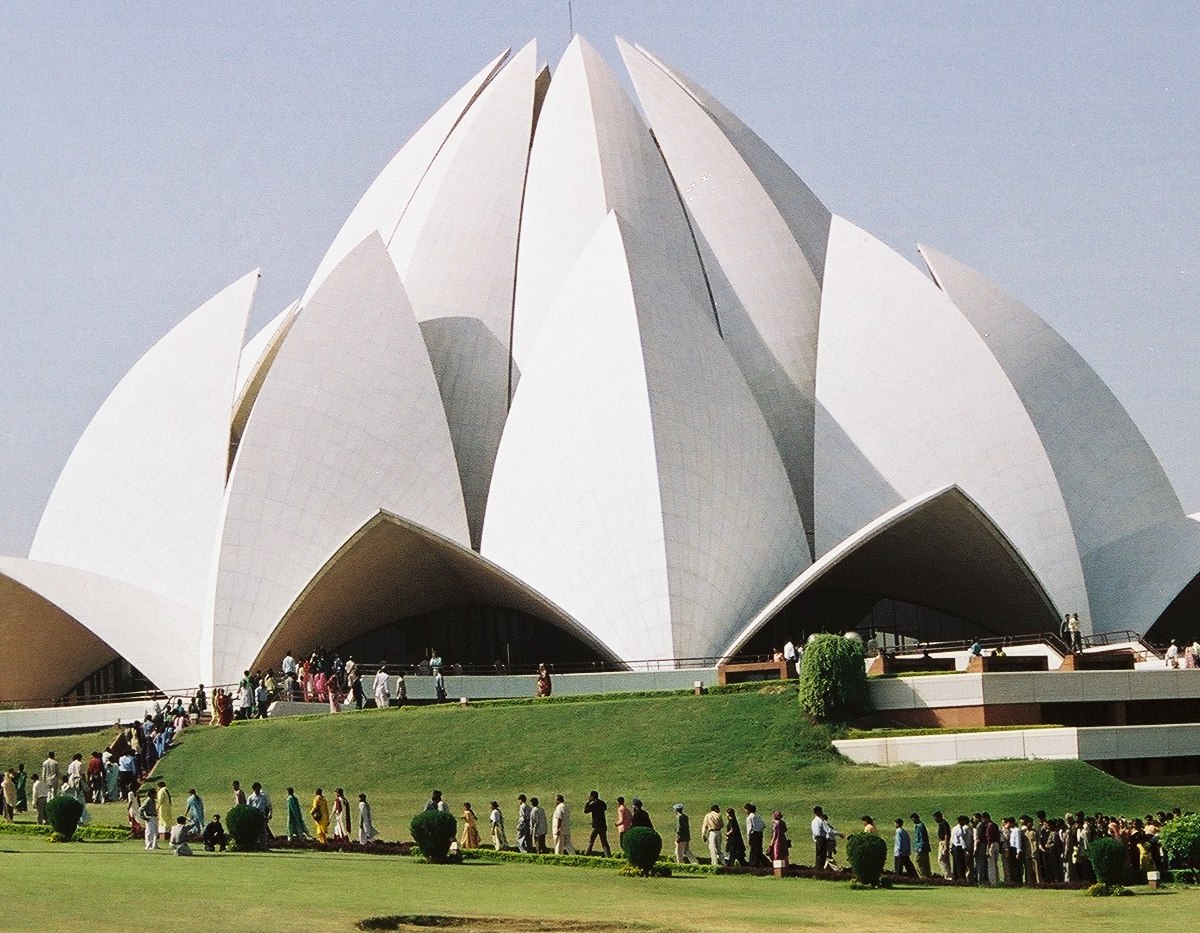 A place of worship, complete with exhibits, boat rides, water shows and lush gardens, the Akshardham temple situated in East Delhi is unlike any other, not only in India but the entire world.

It was now time to leave Delhi, so we hired another driver (Negi) and ventured to the amazing Taj Mahal.

The Taj Mahal is truly amazing, except after purchasing our tickets we had to line up in the heat for over 1 hour to get in, so we were told.  We then decided to play a little dumb and managed to get to the front of the queue. ‘Not understanding’ their Indian accent helped as they wobbled their heads. 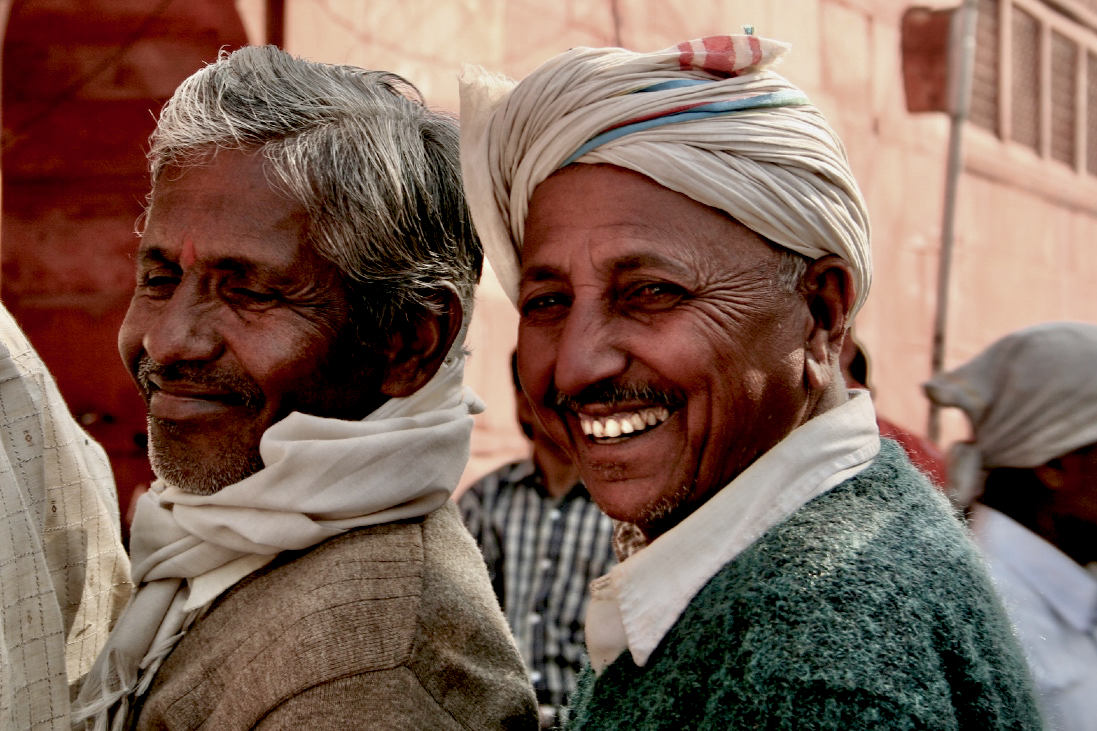 The only disappointment was the number of people visiting, there were thousands, so it got a little crowded at times. However, still incredible.

The Taj Mahal is located in the Agra District in Uttar Pradesh on the right bank of the Yamuna River with vast Mughal gardens that encompass nearly 17 hectares.

History of the Taj Mahal

An immense mausoleum of white marble built in Agra between 1631 and 1648 commissioned by Mughal emperor Shah Jahan in memory of his favourite wife. It is the jewel of Muslim art in India and one of the universally admired masterpieces of the world’s heritage. 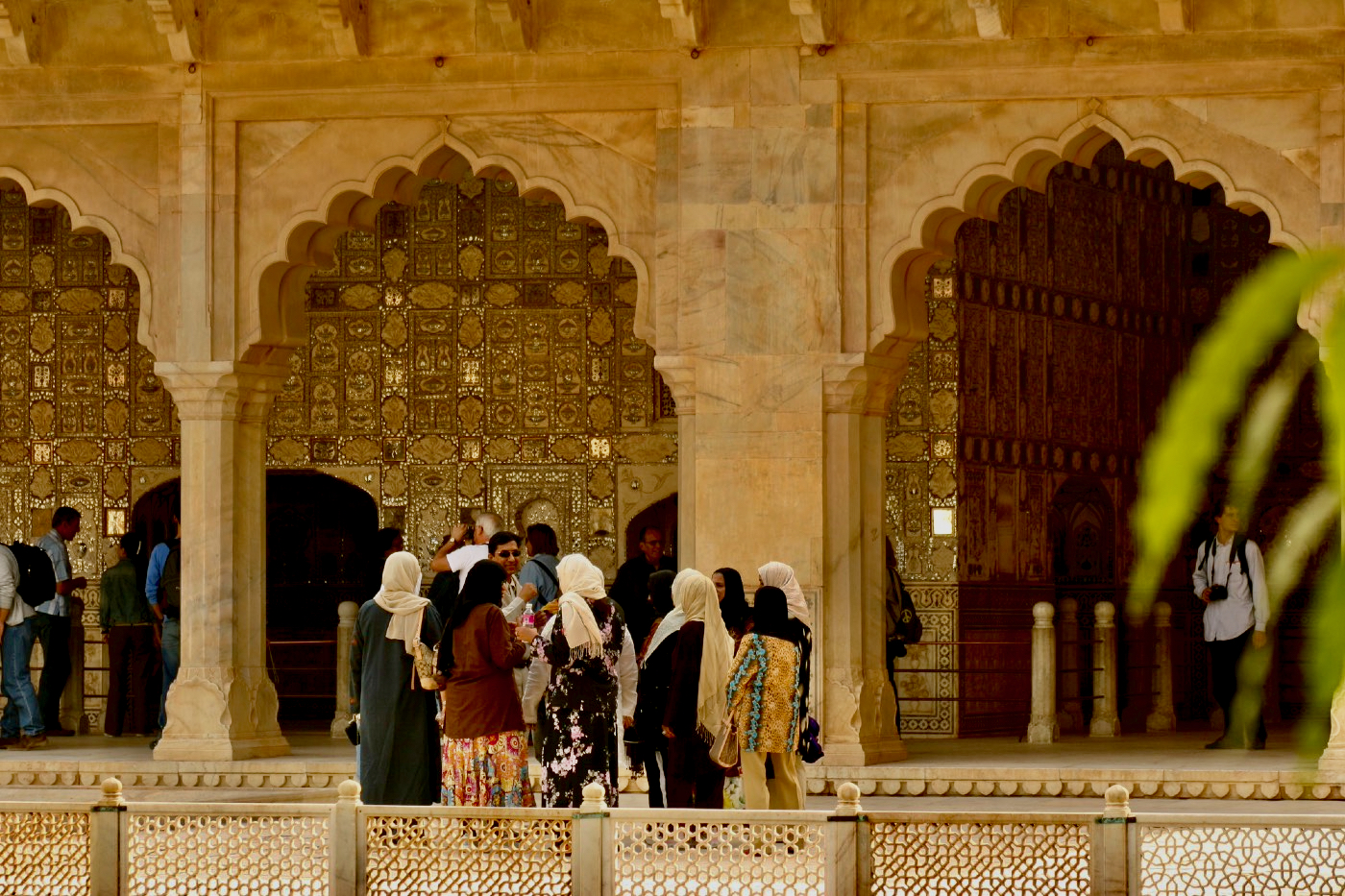 Interesting Facts of the Taj Mahal

1.There were 22,000 labourers, painters, stonecutters and embroidery artists who built the Taj Mahal.

2. 1,000 elephants transported all materials to the construction site.

4. The most recognisable feature is the white dome at the top. Known as the ‘onion dome’, it’s 35 meters (115 feet) high and surrounded by four other domes.

5. In today’s money converted it would cost the Emperor about US$100 to make it as beautiful as it is. 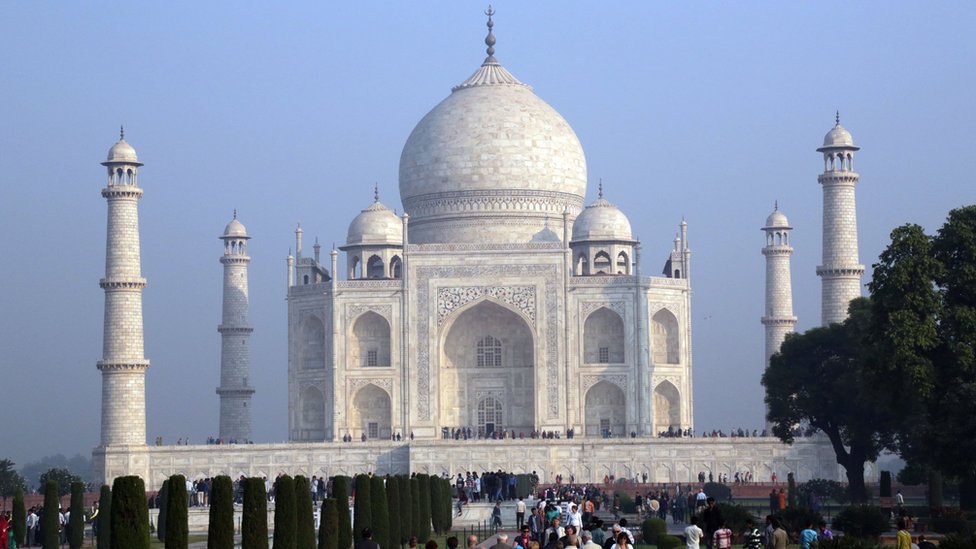 6. It attracts more than a million tourists every year.

7. The changing moods of the Emperors wife are well captured by the changing hues of the Mausoleum at different times of the day. Pink morning, white in the evening and golden at night by moonlight.

8. It’s rumoured that the Emperor ordered that all workers who worked on the structure to have their hands chopped of so that could never be replicated.

9 It is said that Emperor Shah Jahan intended to build another Taj Mahal in black marble across the river but a disagreement with his sons stopped it.

10. Many of the precious stones on the mausoleum were stolen from the walls by the British army during the Indian rebellion of 1857.

Time to move on with Negi, our driver, and visit the colourful Rajasthan area of North India.

Check out our other blogs on India here! 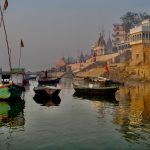 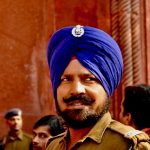 A must do private cooking class with Putu and Past