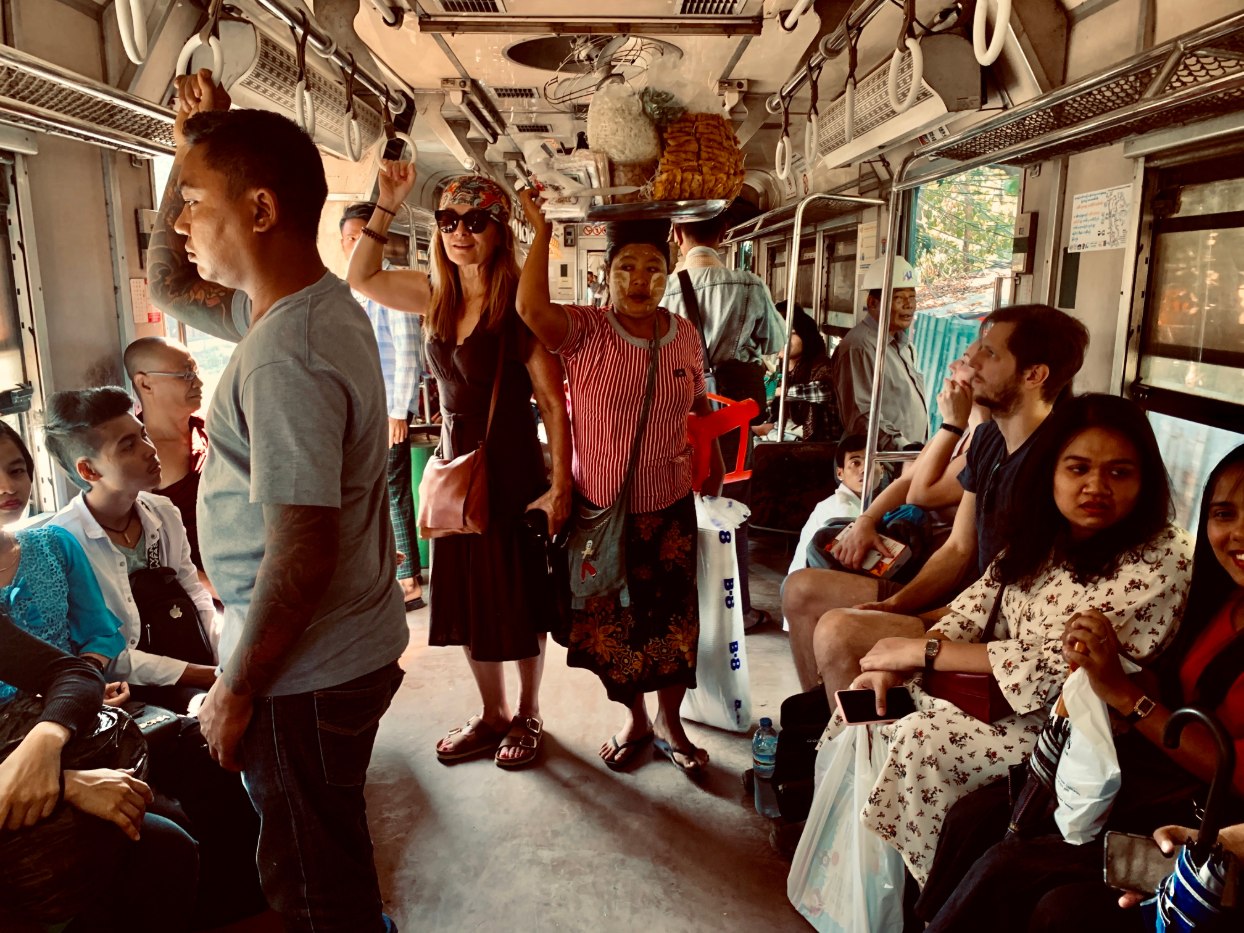 Old, slow, uncomfortable and 3 hours later we completed the Yangon Circular Train loop. Who would have thought for less than an Aussie dollar this would be the highlight of our adventure to Myanmar (Burma)?

Yangon life doesn’t get any more real than this. Riding the Yangon Circular Train provided us with a window into the daily routine of the Myanmar people away from the busy commercial centre of Yangon and into suburban and rural life.

We wandered down to the local station (Pann Hlaing Station) closest to our accommodation with no idea what we were doing. Where were we to buy tickets and what train we were even looking for?  Within 2 minutes a man came up to us and asked if we needed help. I guess we looked somewhat confused trying to read the board in front of us? 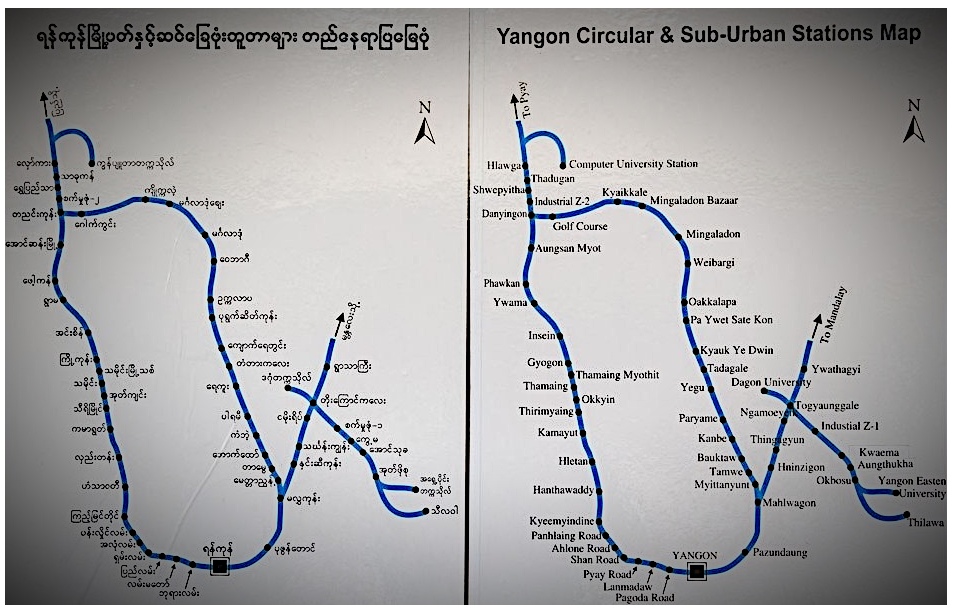 After purchasing our tickets, for a mere 0.22 Aussies cents each, we wander down to the platform. Checking out our surroundings we notice a group of ladies wearing brightly coloured longyis, traditional Myanmar clothing. They were carrying delicious local street food on large trays carefully balanced on top of their heads. I immediately notice their amazing posture and the ability to stand from the ground up without losing a crumb. 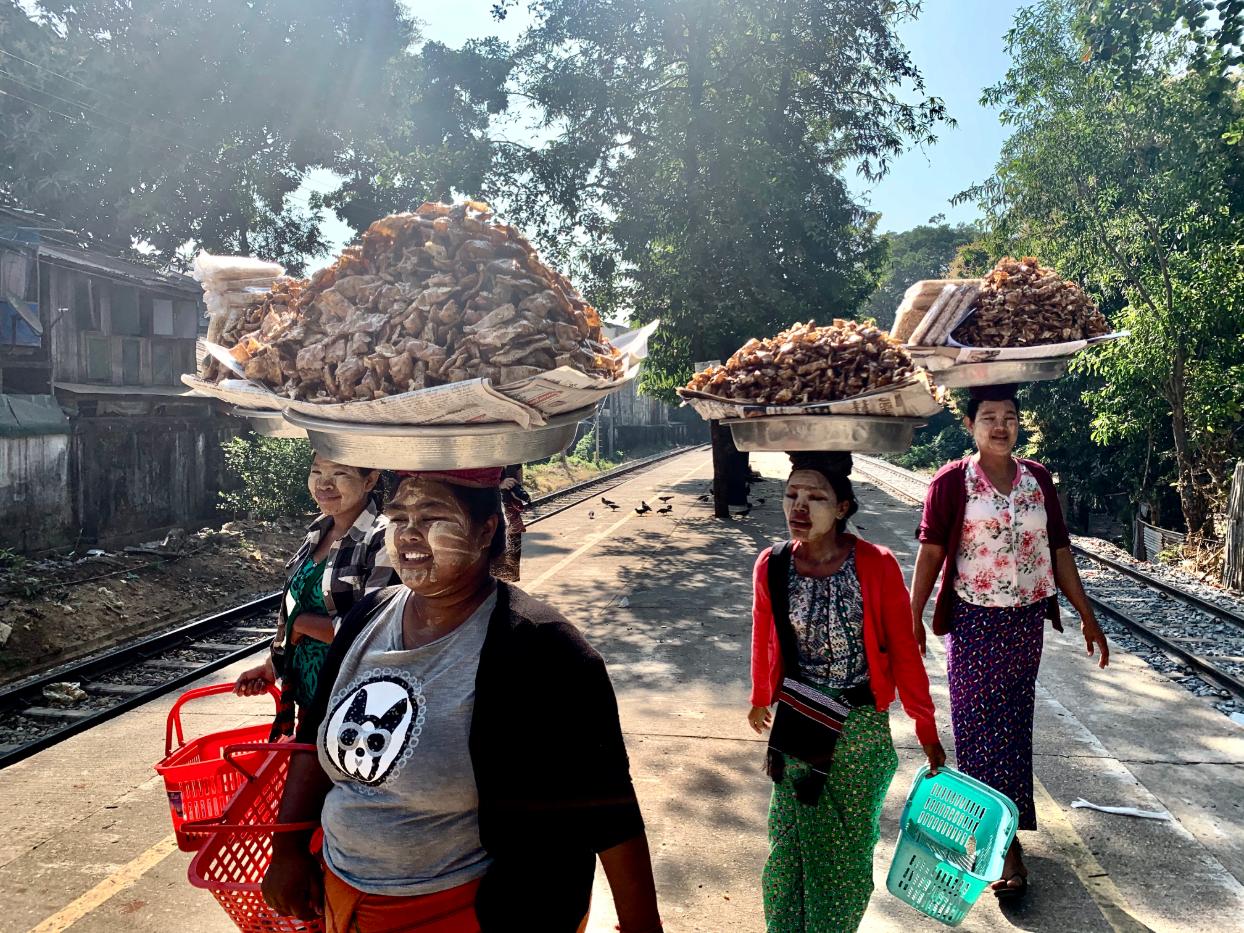 As we look further past the platform and down the rail tracks, glistening in the sun, you see children playing chicken on the tracks without a care in the world. There were families going about their daily activities carrying their wares to their next destination. Men also crouched in deep thought, perhaps they were meditating or working on the rail lines, who knows. 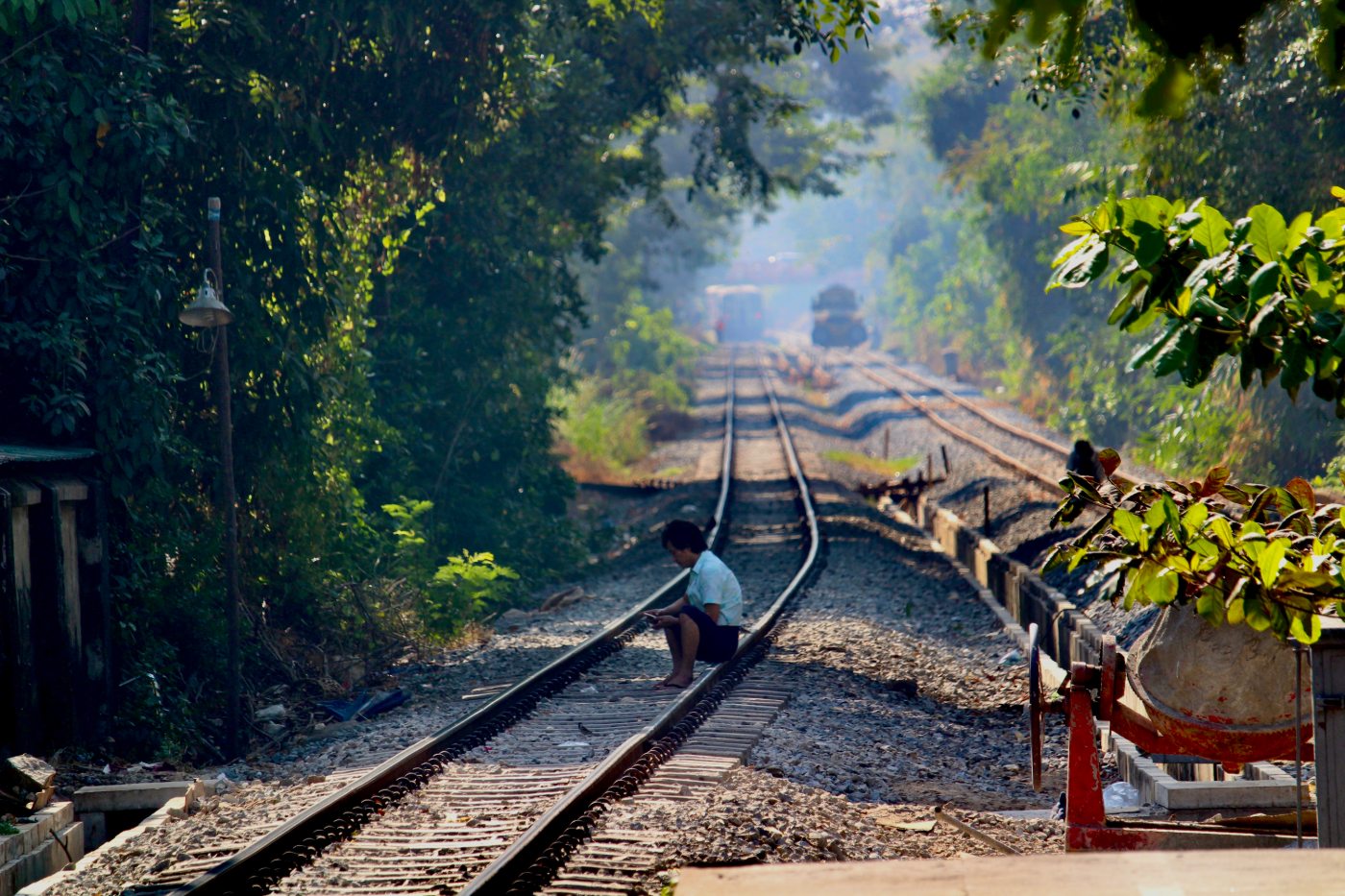 Then the train arrives, surprisingly on time, and as we board, we notice the people on the track all scatter out of the way as if it is their daily routine.

As the train slowly moves away from the station and we venture further out of the city, everything changes. The landscapes change from city, suburbia to country, the houses turn from concrete to huts.

As we pass station after station (39 in total) more and more people board the train stocked with goods of all varieties but not a tourist insight. Pedlars hop on and off the train touting and selling everything from live chickens to eggs, vegetables, tobacco, fried tofu, quail eggs, tea, water and fruits. Some friendly locals offer us slices of fruit, we try the sweet delicious treat and enjoy a cup of local tea from a friendly pedlar for a mere few cents. 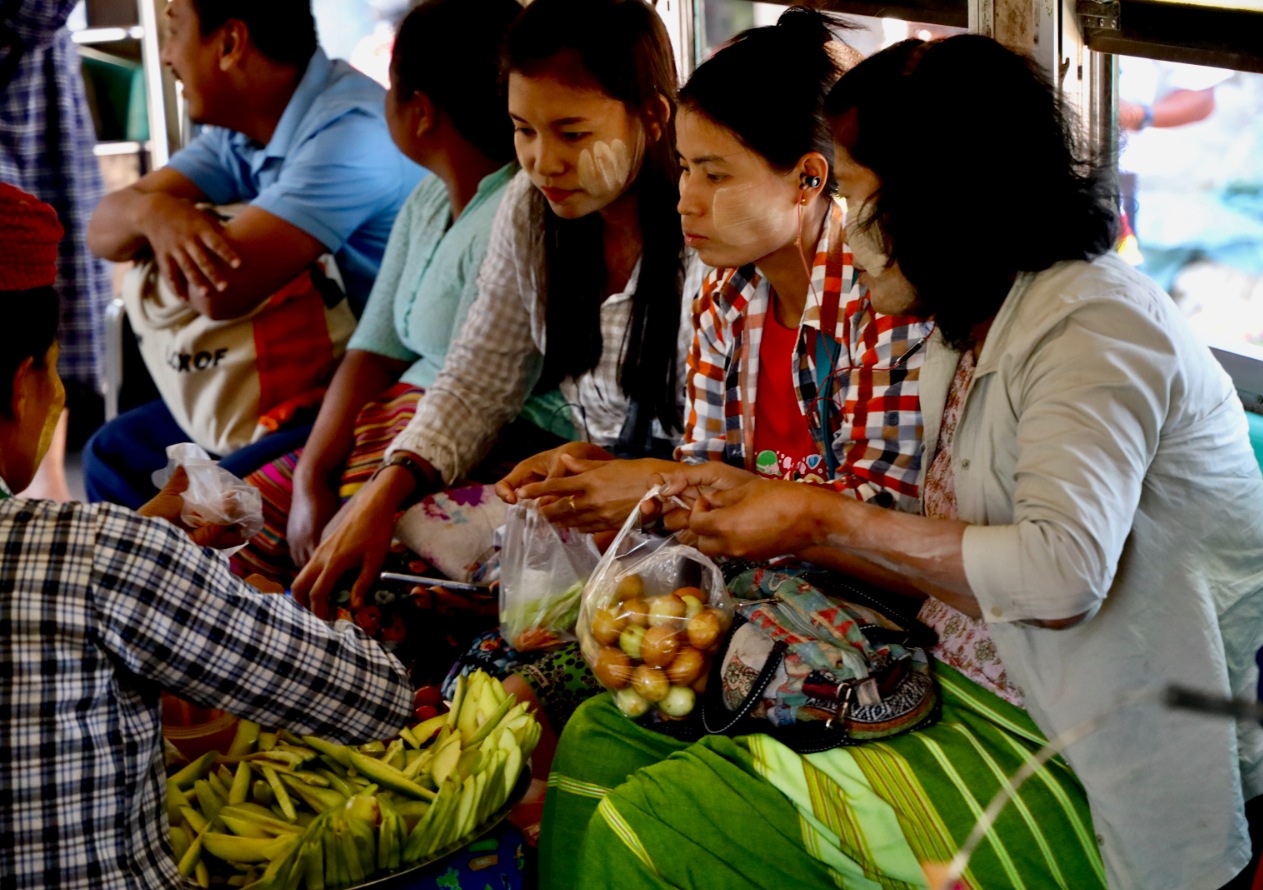 As the train pulled into one of the stations further towards the end of the track, it was full of commotion. The busiest station we had encountered. We had no idea what was going on until a local stranger announced politely, “vegetable market”. Now it all makes sense as we lean out the window and notice many locals on the tracks cooking fish and selling fresh colourful produce. We noticed in the distance some large tin sheds with many people walking towards them, so we decided to hop off the train.

As we ventured closer to the large tin sheds and wandered in, we found a huge fruit and vegetable market full of local people bartering for fresh produce. We wander around checking out the sites and smells, purchasing a bunch of bananas and a bag of mandarins for a total sum of 90 Aussie cents, so sweet and delicious.

Then we stumble across another shed not so full of people and we soon realise why. Dried fish a stinky Myanmar deliciously with a very pungent overwhelming smell. Although it was here that we managed to buy a pair of cool shorts for 99 Aussie cents, luckily the shorts did not have the pungent fish smell! 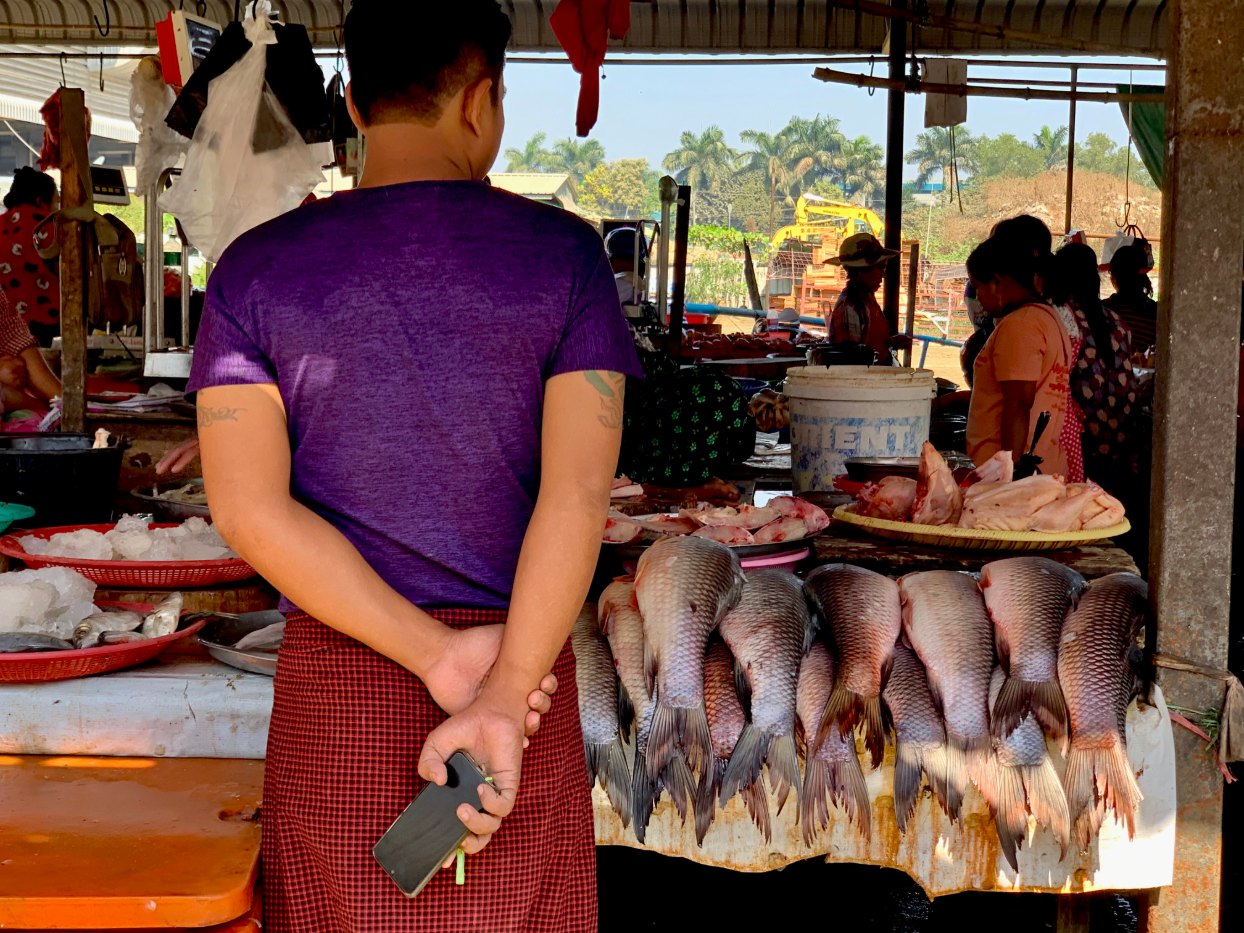 After our adventure off the train we decided it was time to head back to the busy Yangon centre. Now back on the train tired and weary we devoured the rest of our sweet bananas and mandarins as the train rattled and rocked its way back to Yangon Central Station.

Facts about the Yangon Circular Train

If you’re seeking comfort and luxury on the Yangon Circular Railway, this is definitely not the place for you. That said, the character of the train line and the rickety uncomfortable carriages is a huge part of its charm and character.

The people watching was a highlight for both of us as they wandered through the train selling their wares. It was truly everyday Myanmar people living their everyday lives. Colourful, fascinating and mesmerising, there was not a tourist in sight! 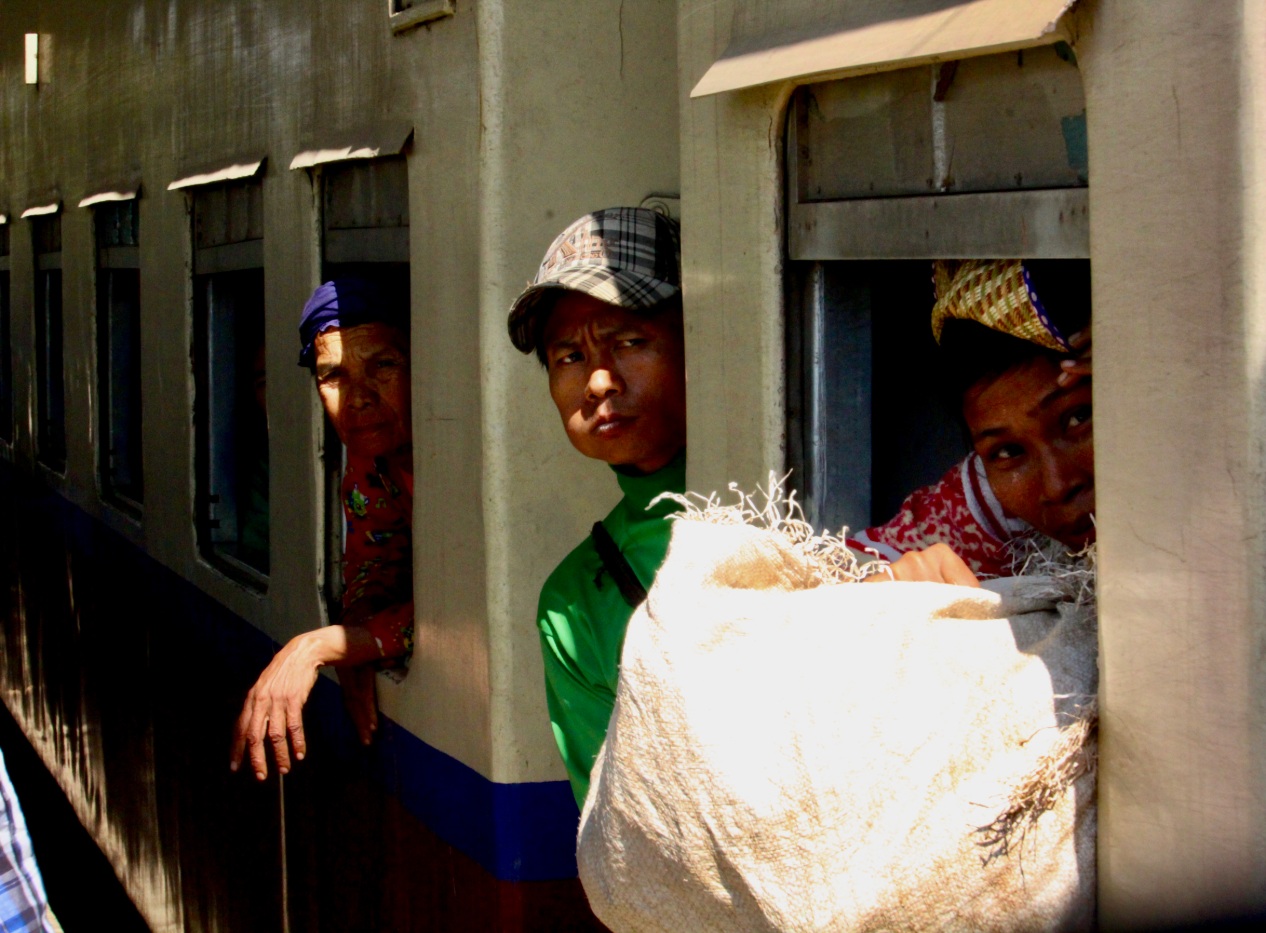 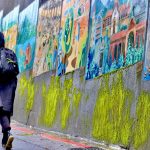 Our Cool, Creative and Chic Taipei. Previous
Releasing a Magical Sky Lantern in Shifen. Next 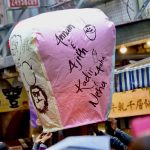 Awesome Things to do in Xinyi District, Taipei.

Beautiful people of our land, thank you. #storitel